WIN a pair of tickets to see ART @ Theatre Royal 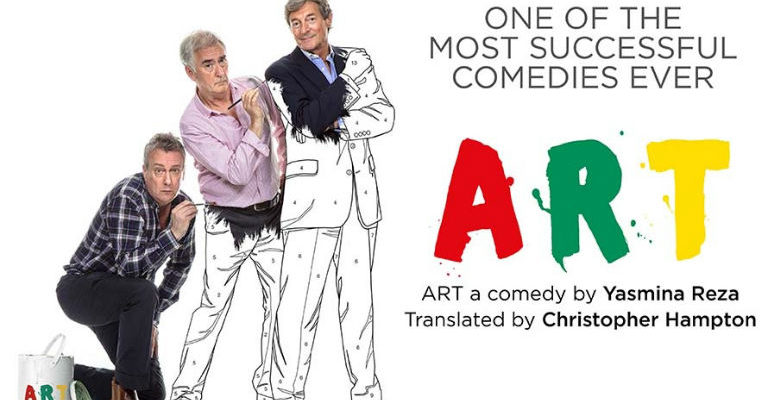 One of the most successful comedies ever and winner of every major world theatre award, ART is a stage masterpiece and global phenomenon. Now celebrating its twentieth anniversary, ART tells the story of three old friends in Paris – Serge, Yvan and Marc, who discover they have very differing opinions about what constitutes ‘art’ when one buys a very expensive, rather peculiar painting.

Originally a French language play written by Yasmina Reza, the English version translated by Christopher Hampton opened in the West End in 1996 to critical acclaim and ran for eight years. This revival production from The Old Vic is a masterstroke in casting with Nigel Havers, Denis Lawson and Stephen Tompkinson as Serge, Marc and Ivan respectively.

Producer David Pugh said, “It is twenty years since Dafydd (Rogers) and I first produced the comedy masterpiece ART in the West End, and the original post-London tour played for 78 weeks.  This time, we want to break our own record; in fact, we want to play as many theatres as Sir Ken Dodd has played in his wonderful career, and with this marvellous cast, we think we have every chance!”

For your chance to win, answer the following question below:

What are the name of the three old friends in Paris in ART?