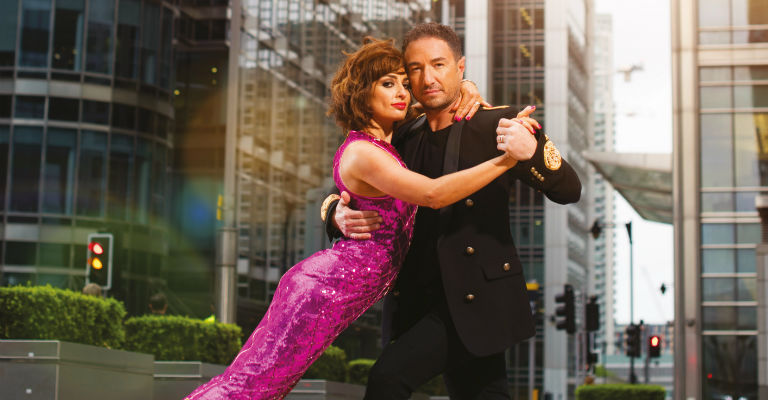 We’ve teamed up with Newcastle Theatre Royal to bring you the amazing chance to be able to win a pair of tickets to attend Vincent Simone & Flavia Cacace in Tango Moderno on its opening night on Tuesday 26th September!

Strictly Come Dancing stars Vincent Simone and Flavia Cacace are back with another sizzling dance production, and they’re headed to Newcastle Theatre Royal between 26th and 30th September!

Tango is the rhythm of the city, the heart of the streets and the pulse of life – and Vincent and Flavia are set to bring it to life in a hot new stage spectacular! The champion dancers are making the classic dance vital again, teaming up to create a tango extravaganza fit for the 21st Century. Fusing together Ballroom, Latin and Argentine tango, the new production has been directed by Olivier Award-winning choreographer and director Karen Bruce.

Speaking of the new show, Flavia said: “We love dancing together, we are having so much fun and a year after our last UK tour, we are more excited than ever to share this new work and show with our audiences.”

It’s a show that’s set to set your heart racing!

For the chance of being able to win a pair of tickets to attend Vincent Simone & Flavia Cacace in Tango Moderno at Newcastle Theatre Royal on Tuesday 26th September at 7.30pm, simply complete the form below and answering the following question.

Q: What well known TV show are Vincent and Flavia known for appearing on?

The winner will be contacted via email on Monday 18th September.