ANGELS OF THE NORTH GET ON THEIR BIKES 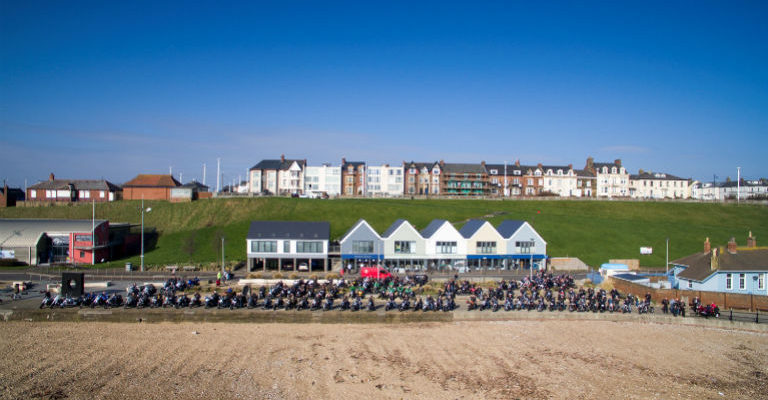 In July 2018, a magnificent fleet of ships will arrive at the port of Sunderland, at the North East coast, in preparation for the Tall Ships Races 2018.

The Races is the UK’s largest, free, family festival and, as start host port, Sunderland will hold four days of celebrations between 11 and 14 July.

Around 1.5m people are expected to visit the city, to explore the ships, cheer the crews of young people from across the UK as they parade through the streets and, on the final day, wave farewell to the ships as they depart for Esbjerg, Denmark

The schedule of events

Wednesday 11 July: The entertainment begins at the four event zones. Ships will open for visitors to explore and crews will enjoy inter-ship sporting activities.

Thursday 12 July: The programme of culture and entertainment continues. In the afternoon, a Crew Parade will weave through the city from the Port, bringing a carnival atmosphere to the streets, followed by a prize-giving ceremony.

Friday 13 July: Celebrations will continue as the ships’ Captains receive their briefing from Sail Training International officials prior to their departure for Esbjerg. The sail trainees taking part in the Races will arrive to join their ships.

Saturday 14 July: There will be lots to see at the Port of Sunderland and along the river banks as the sips get ready to leave. They will undock over the course of the afternoon to take part in a spectacular Parade of Sail, past the coastal resorts of Roker and Seaburn. As the ships leave, a programme of events will continue well into the evening.

The North East Coalition of Motorcycle Clubs is hosted by the Hells Angels MC Tyne & Wear and the Club House in which the Hells Angels meet, houses a very important piece of naval heritage, of which they are very proud.

Angels Place – one of the oldest buildings in Sunderland – is at the edge of the river and was used to house and rehabilitate injured sailors from the epic Battle of Trafalgar, in which Admiral Horatio Nelson took fire against a larger fleet of French and Spanish ships.

And the Hells Angels carefully guard the building’s very own Holy Grail – a full, battle log detailing the chronological events of the naval battle, with each ship’s fate accounted for and the notification of Admiral Nelson’s death in battle carefully recorded.

“He died doing his duty but under his orders the battle raged on, securing British control of the seas and ensuring Napoleon would never again try to invade the British Isles.”

On 11 July, a fleet of vessels even larger than that faced by Nelson will descend on Sunderland, marking the start of four days of celebrations in the city, “but this time we will be very pleased to see them,” said Alasdair.