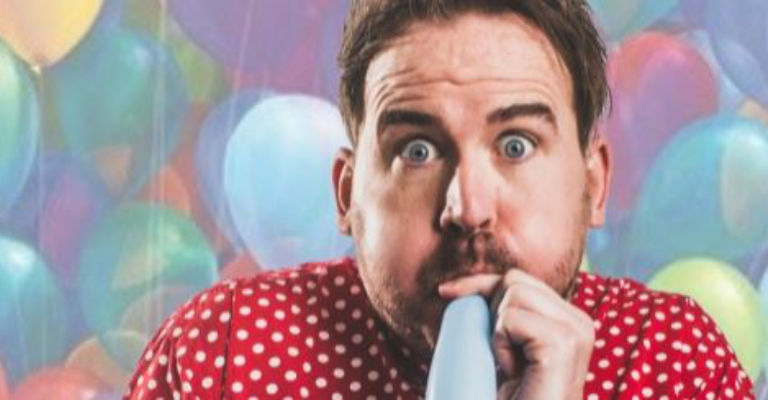 Get ready to go balloon crazy! Scottish comedian Chris Henry brings his hit children’s show to The Stand as part of his world tour.

A show the whole family will love, Balloonatics promises to be a chaos filled, nonesense-packed hour of balloons, laughs and excitement, with never a dull moment for anyone!

Everyone is invited to join in and become part of the Balloonatics Army, where it doesn’t matter how good you are, as long as you’re having fun!

This is a unique children’s show which promises to keep everyone entertained, and never stoops to be patronising or boring.

Chris Henry is an award-nominated comedian who has toured the world and headlined all over the UK. After getting rave reviews at the Edinburgh Fringe in 2016, Balloonatics will be returning from 3 months at the Australian festivals as well a tour of Asia. A show for young and old alike – whatever your age you’re bound to have a blast ballooning around with Chris. A show guaranteed to go with a BANG!