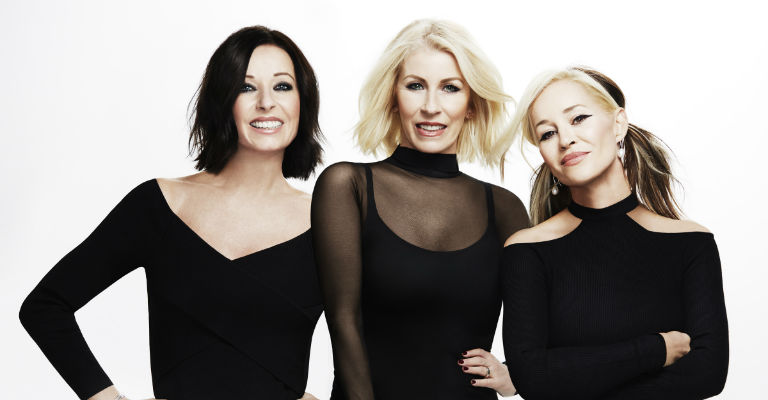 Siobhan Fahey rejoins Sara Dallin and Keren Woodward for one time only tour!

The girl group that defined the 80s are back to their original, record-breaking line up for a tour this November in the UK. This will be the only time they tour in the original line up.

This will be the first time Sara, Keren and Siobhan have ever toured together.

Since their unforgettable last performance as a trio on The Brits in 1988, Keren and Sara have continued as Bananarama, releasing records and touring to global audiences. Siobhan went on to have hit singles and albums around the world as part of Shakespears Sister before becoming a solo artist.

Bananarama made it into the Guinness Book Of Records as the most successful female group of all time on account of the fact they’d had more hit singles than any other girl band ever. To date they have had 30 chart hits. They hit the top of charts around the world. In the US, Venus became their first #1 single on the Billboard chart. Their combined record sales were over 40 million.