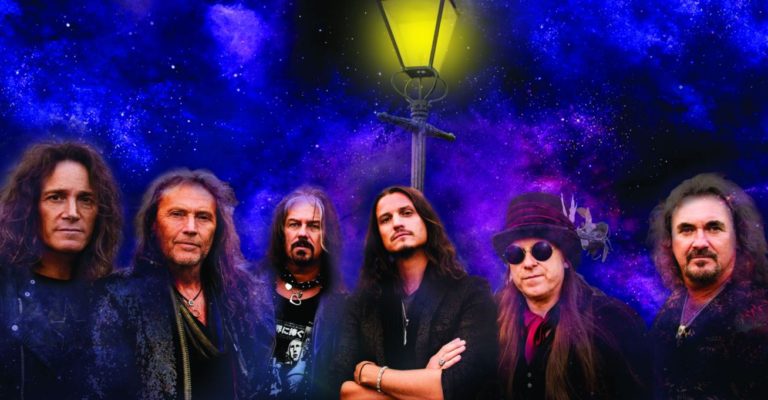 CATS in SPACE has caused quite a stir since landing in 2015. With their unique sounds they will transport you back to the glory days of 70s Classic Rock. Think loud guitars, walls of soaring multi tracked vocal harmonies, grandiose pianos, and huge singable choruses.

Touring UK arenas with legendary rock giants Deep Purple, Status Quo & Thunder and Hyde Park with Phil Collins and Blondie, CATS in SPACE has gained an ever growing army of faithful fans, gaining incredible live reviews along the way. In 2019 they played their biggest headline tour so far, ending with a date at the prestigious London Palladium, dates in Germany and a huge Christmas campaign supporting the their hit single “My Kind Of Christmas”.

Four critically acclaimed LPs, which all landed in the UK album charts, an ever growing presence on BBC and regional radio stations nationwide confirms that CATS IN SPACE is fast becoming one of the UKs leading rock bands.

In 2020 they are back on tour again with a new album emerging ‘ATLANTIS’, and one which promises to top the lot.

“CATS in SPACE have to be one of the most important bands to emerge from the UK in recent years” Fireworks Magazine
“Quite astonishing – it’s most definitely the album of the year, if not the decade“ Powerplay Magazine: Daytrip to Narnia review 10/10
“Their songs are good enough to snare the attention of anyone who’s ever loved Cheap Trick or Supertramp”  Planet Rock Magazine
​“Gloriously effervescent, melody soaked, delightfully smart” Classic Rock Magazine UK