Claude Cahun – Beneath This Mask 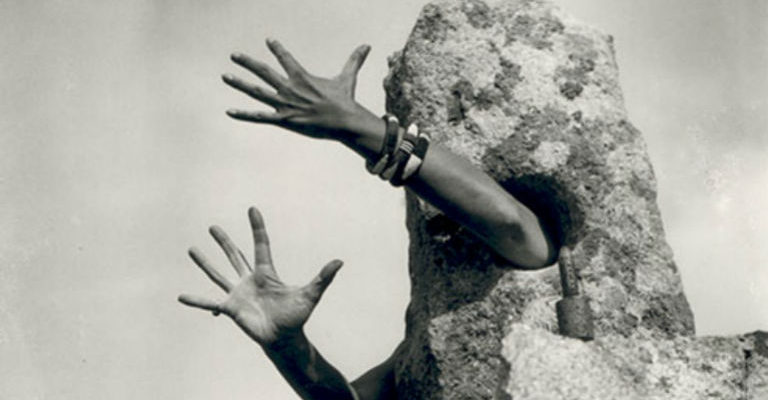 Cahun achieved posthumous fame for her elusive self-portraits in which she assumed multiple personae. The exhibition contains 42 contemporary giclee prints made from scans of Cahun’s original photographic self-portraits, as the majority of the negatives have been lost.

Born Lucy Schwob, she adopted the pseudonym in 1917 to free herself from the narrow confines of gender. At the beginning of her career she was aligned to the Surrealist movement and was friends with André Breton; however she distanced herself both politically and physically after fleeing France on the eve of Nazi occupation.

Cahun settled in Jersey where she embarked upon her defining photographic series, in which the subversion of traditional portraiture and the constructed nature of identity and gender are pressing concerns. In these now famous images, Cahun anticipated the performative work of contemporary artists such as Cindy Sherman.

This Hayward Touring exhibition is in collaboration with Jersey Heritage and was first presented at the Women of the World Festival 2015, Southbank Centre.