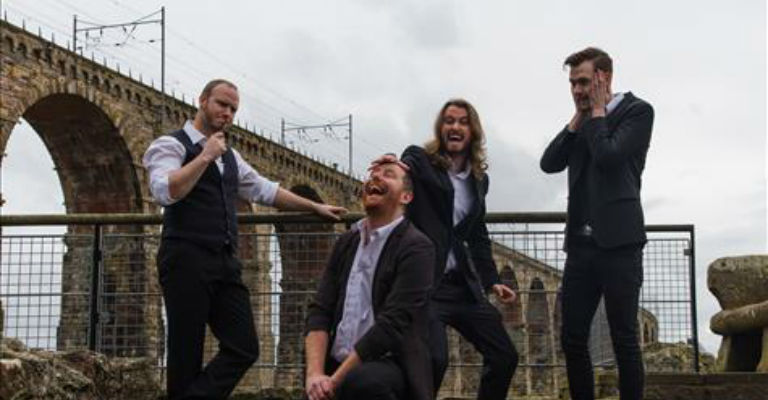 Following on from their 5th sell out show at The Maltings, The Boys and Girls (and Mark) at Damp Knight Comedy are back and they’re better than ever!

Showcasing their signature brand of Improvised Comedy, with additions from filmed and live sketches written by the team. Taking elements from “Whose Line Is It Anyway?”, “Fast and Loose” and “Mock the Week”, Damp Knight couples it with audience suggestions, participation and a lack of preparation for a night of comedy that will not soon be forgotten.

Join Damp Knight Comedy in their latest comedy special, The Da Vinci Toad, as they invent and scramble their way through an evening of impossible scenes, ridiculous gameshows and even the odd inconceivable musical number, all to provide an evening’s entertainment for you, while vaguely and very lazily trying to tie even a little bit of the show to the film adaptation of Dan Brown’s Bestseller, only but with more amphibians.

Old favourites such as Forward/Reverse and New Choice will make appearances as well as Damp Knight originals, including; Damp Tales, Musical Mayhem & Sit Down, Shut Up!

Who are the Damp Knights?
Formed in 2015, creative comedy cronies ‘The Damp Knights’ are a group of borderline insane (their certificates are pending) performers and general ne’er-do-wells that know how to make audiences laugh, but have no idea how to write a script. After several sell-out performances at The Maltings Theatre they are back with their quick wits, stage chemistry and lack of shame.
Their 5 previous shows have highlights on their YouTube channel which also showcases their ever-improving sketch writing capabilities and their podcast recording skills (although we are on PodBean and iTunes as well for those who like to listen on the move).