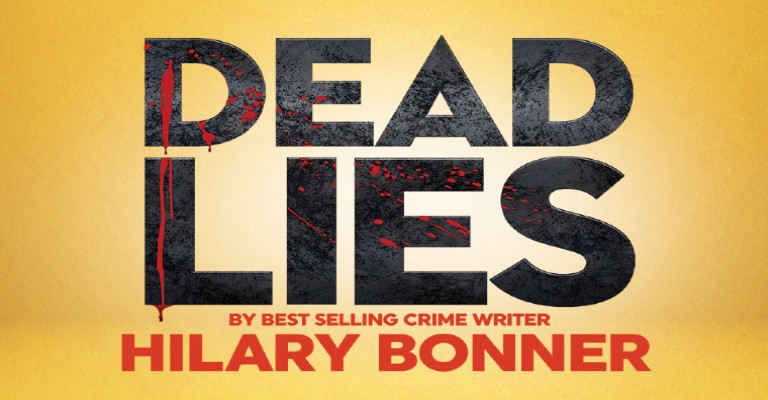 Dead Lies is a fast-moving, hard-hitting political English thriller. The action takes place during a fiercely fought election campaign and follows the story of Peter George, played by Coronation Street’s Richard Hawley, a politician who promises a new kind of politics beyond sleaze and spin. He is welcomed as a messiah by the British public and expected to restore trust in a broken political system. But a shocking secret lies in the past of our country’s hero.

As buried truths rise from the ashes, his rise to power is under threat of destruction by ghosts from another time. Personal and political influences begin to shake the faith of those closest to him, and a media cascade threatens to bring down Britain’s new saviour. The question is how far will he go to save his own career, and how far will those around him go to save their own skins?

A former Fleet Street journalist, Hilary Bonner is now a full-time author and former chair of The Crime Writers’ Association. A celebrated crime writer, Hilary has written 21 novels. She lives in the West of England where she was born and raised, and where most of her novels are set.

Director Joe Harmston said, “Hilary does that rare thing writing a thriller for the stage: like Christie, she puts psychology first, making Dead Lies the best sort of “Why” Done It. Placing her drama amid the hopes and dreams of a new political movement brings the genre bang up to date. The success of her endeavour is already evident, with a host of fantastic actors interested in the roles and I look forward to realising the play next year with an impressive ensemble.”

Joe Harmston directed Bill Kenwright’s Agatha Christie season for many years as well as many other West End and No. UK Touring productions.