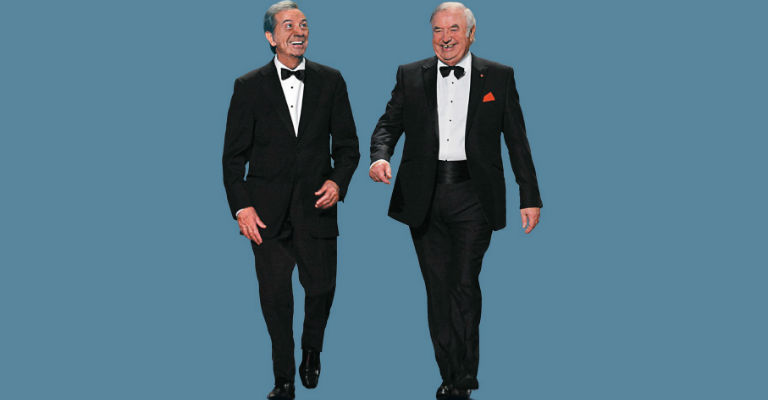 Brought to you direct from the London Palladium, DES O’CONNOR joins JIMMY TARBUCK live on stage for this rare event!

Two legends of television, show-business and of the Royal Variety Performance come together, accompanied by music and video to reminisce and entertain for one night only!

In October 2015, Des and Jimmy performed on stage together for the very first time in Sunday Night at the London Palladium and the Guardian newspaper described this sell-out performance as ‘a night of theatrical history to be remembered for many years to come’.

Don’t miss this last chance to see Des and Jimmy together in what will also be a night of theatrical history following their sell out show at the London Palladium Theatre.