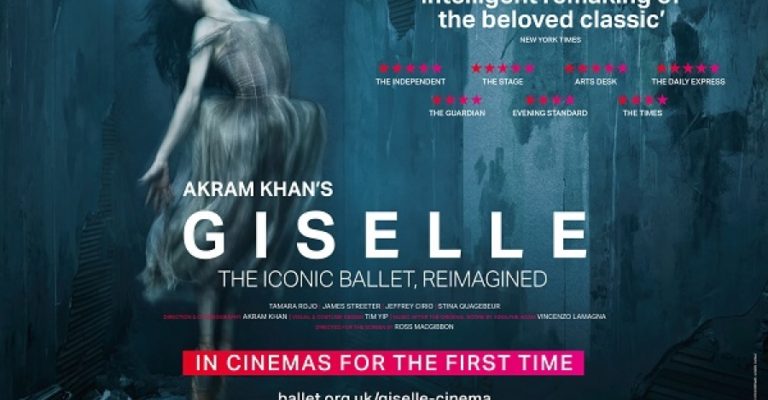 Hailed  as  ‘a  masterpiece  of  21st  century  dance’  from  English  National  Ballet,  Akram  Khan’sGiselle  comes  to  cinemas  for  the  first  time  in  2018,  giving  ballet  fans  the  opportunity  to  see  this  award-winning  production  in  glorious  high  definition  on  the  big  screen.  One  of  the  greatest  romantic  ballets,  Giselle has  been  re-imagined  by  celebrated  choreographer  Akram  Khan  with  Artistic  Director  and  Lead  Principal  of  English  National  Ballet,  Tamara  Rojo,  dancing  the  role  of  Giselle,  one  of  a  community  of  migrant  workers  cast  out  of  their  jobs  in  a  condemned  garment  factory.