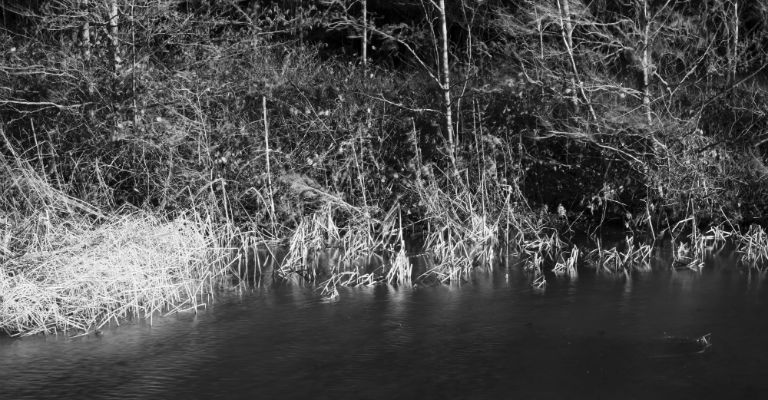 “All that is solid melts into air” Karl Marx

The images included in Fell ‘em Doon document the landscape immediately north of Ashington in Northumberland, once one of Europe’s largest colliery sites.

The audience is invited to consider how the rise and decline of industry has shaped and transformed this landscape, both above and below the surface.

After Ashington’s first pit was sunk in 1867, the area saw rapid industrialisation and population growth with Ashington becoming known as the ‘largest mining village in the world’.  This process saw woodland cut down and pits sunk with industrial structures and slag heaps dominating the skyline throughout most of the 20th century.

The decline of the coal mining industry in the late twentieth century saw these structures and slag heaps quickly levelled. Woodhorn, now a museum, is the only remaining colliery site of five once operating in the area. The landscape was again altered, and rapidly reshaped in the image of its former natural ideal.

“There’s a brutality here: the many trees cut, pits sunk, and the hundreds of people that passed away both above and below the surface. Walking through the wooded land, one notices a curious echo of violence within the silence and the picturesque.” Joseph Wilson, 2016.

Wilson’s objective documentation of the Ashington Community Woods and QEII Country Park today reveals little of the dramatic cycle of transformation that this landscape and its connected community has endured.

Find out more about Joseph Wilson’s work by visiting www.josephwilsonphoto.com