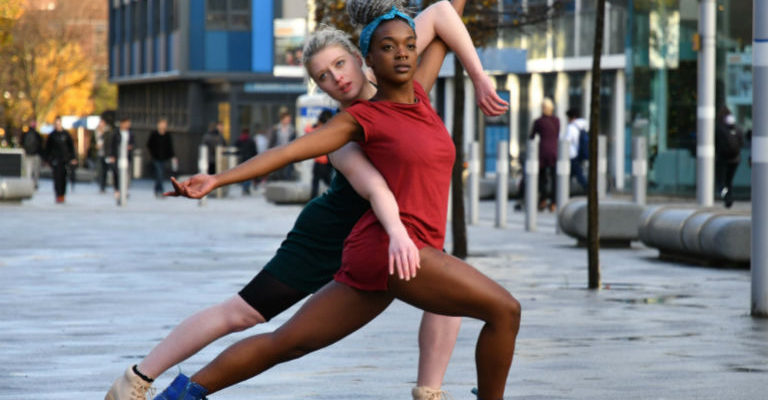 Fully Grounded is a double bill of world premieres by nationally acclaimed choreographers ReGina Wielingen and Robby Graham. Exploring the theme Borders and barriers real and imagined between peoples and cultures – gritty dance for gritty times.

Four North East dancers take the audience on a journey comprising different dance styles from Breakdance, to contemporary to Jazz testing their limits and endurance and bringing you a fantastic, fresh dance experience.

‘We’re delighted to be returning to Henry Travers Studio where we sold out in 2016 and can’t wait to present this new show to new and returning audiences.’– Dora Frankel Founding Artistic Director