Hardwick Live has announced a star-studded line-up for 2019!

The Manics will play hits and anthems from an exhaustive back catalogue that stretches from their 1992 album, Generation Terrorists, to last year’s release, Resistance is Futile.

James, dubbed champions of the Madchester era and famous for anthems such as Sit Down and She’s a Star, reformed in 2007 after a five-year hiatus and have been going strong ever since.

Hardwick Live Festival is a fantastic weekend for the whole family and this year already promises to be one of our best yet.

Tickets for this year’s Hardwick Live Festival are priced £55 for one day or £99 for both days. Concessions are available for children and 13-17-year-olds.

Camping and glamping options are also available for those who want to “immerse themselves in the festival experience”. 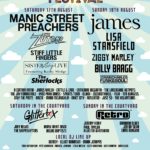 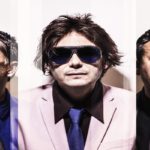