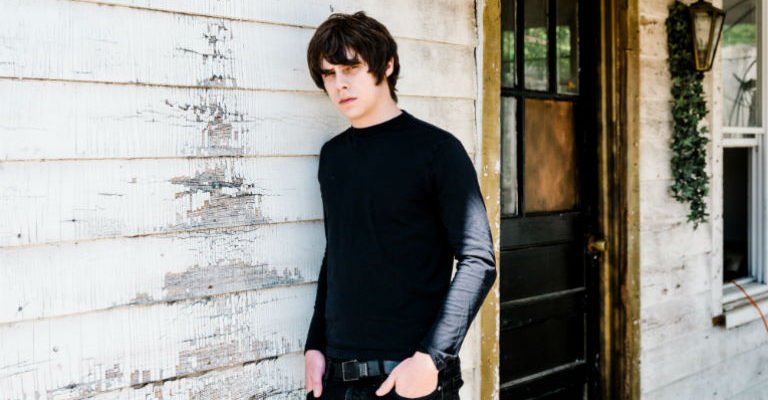 Jake Bugg, Tom Grennan, The Blinders, Catherine McGrath, Blaenavon, Bare Roots and Dylan Cartlidge have been confirmed as the first wave of heavyweight acts that are set to perform next year’s Hit the North Festival in Newcastle.

Building the success of the last two years, the North East’s largest inner city live music event is back once again in what has been billed by promoters as its most diverse and ambitions line up.

Renowned as being the North East’s premier go-to inner-city festival for all fans of live music, the event will span the early May Bank Holiday 2019, with the main event event taking place on Sunday 5th May.

As well as major headline artists, Hit the North will showcase an huge range of new acts across all its participating venues: a must for those wishing to check out the stars of tomorrow in one easy sweep.

Taking place across some of the city’s most celebrated music venues and alternative spaces the festival will see Jake Bugg – one of the UK’s most prolific and celebrated singer-songwriters of recent times – make a welcome return to Tyneside on Sunday 5th May, on the back four critically acclaimed albums.

The artist’s self-titled debut album spawned hit singles such as ‘Lightning Bolt’, ‘Simple As This’, and ‘Two Fingers’ and the Nottingham born star has promised to perform all of his greatest hits to date alongside new material from his eagerly anticipated fifth studio album.

Jake Bugg joins the ranks of previous Hit The North headliners such as The Horrors, Peace and Rat Boy and will perform on the same bill as fellow headliner this year, Tom Grennan. Grennan, a product of Insanity Records is one of the UK’s brightest singer-songwriter talents right now.

After his single ‘Royal Highness’ premiered as Annie Mac’s Hottest Record in the World, Tom rapidly gained a large fan base resulting in two sell-out tours in one year.

Speaking about today’s announcement, Hit the North Festival Organiser, Steve Davis, said: The last Hit the North was a huge success from our point of view, all artists, venues and most importantly, the customers loved it. It was great to see music fans running around the City Centre heading freely in and out of venues and we’re delighted it will make a return in 2018.

“We’ve got big hopes for this year’s gathering and we’re confident there’ll be something for all new music fans to get their teeth into. It’s going to be some festival and is not to be missed. Stay tuned more updates and announcements.”

The Blinders, famed for their riotous live sets, will also head to the North East as part of this year’s festival, bringing with them their own unique blend of infectious punk rock and sharp social commentary.

Hailed as one of the UK’s brightest indie talents right now, their first album release ‘Columbia’ has been lauded by the critics and has received constant airtime and coverage from the likes of Clash Magazine and BBC Radio 1.

Representing the UK’s best female talent, Catherine McGrath and Lauren Aquilina will also perform high up on this year’s billing, bridging the gap between pop and compelling storytelling.

BARE ROOTS set out to make a statement with ‘Ride The Wave’ which draws influences from bands like Pearl Jam and The War On Drugs, with a firm emphasis placed on homegrown values and the importance of self-worth.

Hit The North 2019 will carry on its traditional values by championing the next generation of talent in the North East of England and its surrounding areas.

Leading this charge is the psych and funk influenced Dylan Cartlidge, who makes a welcome return to the festival after performing in Boiler Shop last year.

Dylan is already a familiar face to many after appearing on hit television show ‘The Mighty Redcar’ and, having recently released his single ‘Wishing Well’ alongside a UK headlining tour, Cartlidge is certainly one to watch.

Other northerners on the bill include Liverpool’s The Mysterines, Fuzzy Sun from Stockport, Sheafs from Sheffield and The Indigo Project from Leeds. Glasgow’s burgeoning music scene will also be proudly represented thanks to The Dunts and ALLIGATOR.

Hit the North’s organisers have promised that yet more great acts and details of the full weekend will be announced in the coming weeks and have encouraged music fans in the region to stay tuned for further updates including new venues and one-off special events during the May Bank Holiday Weekend.