How to be a Roman Soldier 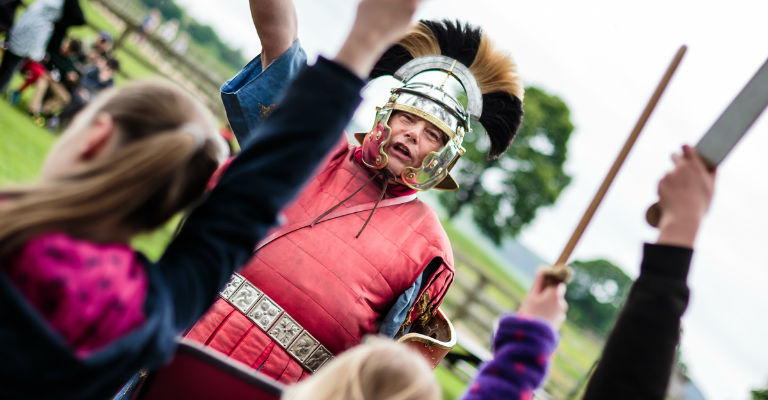 Have you got what it takes to be a Roman soldier? Join our Roman soldier and enrol in his army this summer in the grounds of this ancient Roman Fort. Little soldiers can take part in a variety of hands on activities from games to drills.  Hear stories about life as a soldier and citizen, try on costumes, and handle Roman weapons and objects.