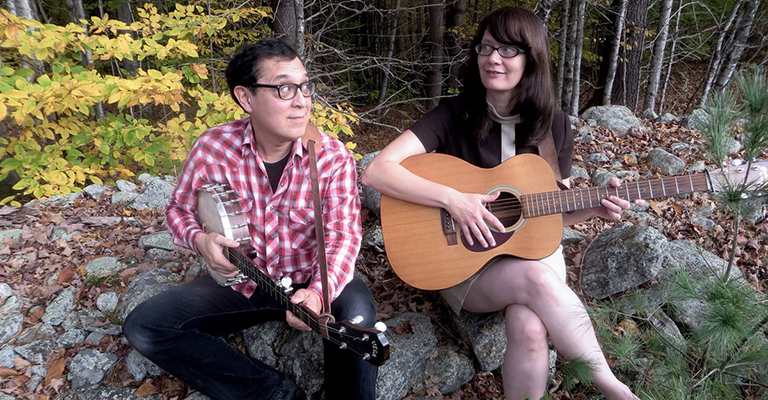 After more than a decade of world-wide touring and three album releases, Rebecca Hall and Ken Anderson, otherwise known as the folk duo Hungrytown, have earned a reputation for the quality and authenticity of their songwriting.

Hall and Anderson met in New York City, where they had already been performing regularly, Hall as a jazz singer, and Anderson as a drummer for a variety of garage bands. Inspired by the grit and true-to-life experiences she heard in these traditional folk ballads, Hall was inspired to write the lyrics that later became her first songs, aided by Anderson’s flair for musical arrangement.

The couple continue to spend more than half of each year on the road, especially roads in North America, Europe and New Zealand. Hungrytown’s music has received extensive radio airplay worldwide and has appeared on several television shows, including the Independent Film Channel’s hit series,
Portlandia