Jason Byrne is "Propped Up" 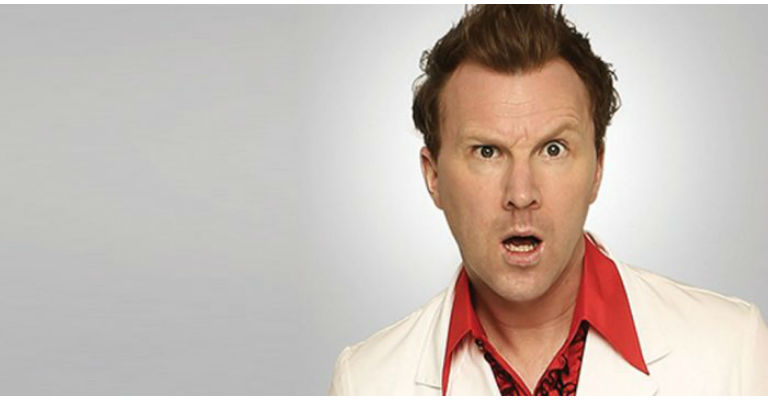 SORRY SOLD OUT! If there are any uncollected tickets they will go back on sale on the door 15 mins before the show starts.

Jason now brings back his warmth and generous stagecraft with even more props and silly humour.  Recently on his British and Irish tour he re-introduced his prop comedy mixed with his stand up and audience participation. THEY LOVED IT. They wanted more silly props… More giant ducks, more rubber hands, owls, big wooden pegs and amazing magic stunts.

So we say ‘Let’s give them more silly’ and you won’t get more silly or more enjoyment from Jason Byrne is “PROPPED UP”. Bring your mates and family for a guaranteed laugh. You might even get a glimpse of a mouse with a moustache.

It’s been a busy few years for Byrne.  In addition to his extensive touring worldwide, his Radio 2 show was awarded the UK radio industry’s prestigious Sony Radio Gold Award.  As well as fronting a brand new studio based comedy chat show Jason Byrne’s Snaptastic Show for TV3 in Ireland, he is co-host of Sky’s hugely popular new entertainment programme Wild Things on Sky1.

Also seen on Live at the Apollo (BBC1), The Royal Variety Show (ITV1), The John Bishop Show (BBC1), and Father Figure (BBC1) of which he is creator and star.

‘Byrne is a bit like witnessing lightning in a bottle’ Metro