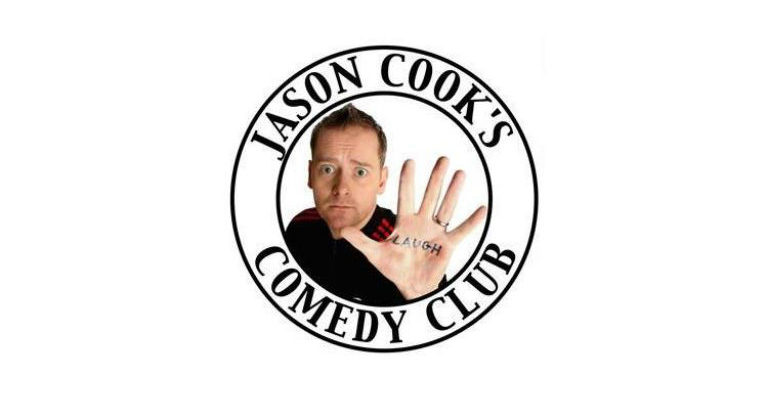 £12.00 (Plus booking fees when booking online or over the phone)

Cook already has comedy clubs in The Customs House in South Shields and The Queen’s Hall in Hexham, and hopes this new venture will continue a sellout run at his other venues.

“It’s a huge room, and one of the most beautiful spaces in the country to perform in.  I’ve done shows there before for different things but this is going to be something incredible.  The theatre are right behind it and I’m hoping people are going to come and see the very best of the comedy world right here in our own town.”

At 1100 seats, this will make the venture the largest regular comedy club in the country.  Theatre Director Joanne Johnson says: “We’re thrilled to add Jason Cooks Comedy Club to our 2018 programme.  The Tyne Theatre has a great reputation for Comedy and we’re excited to host a regular Comedy Club at the Theatre once again.

Headlining will be North East comedian very much on the up, Chris Ramsey.

Having played the Newcastle Arena last year, Ramsey is very happy to be returning to the Tyne Theatre, “This wonderful venue will always have a place in my heart as I recorded my DVD there. It’s a pleasure to come back and be part of such a wonderful comedy night.”

Cook’s nights have become notorious for bringing stars to the area and not following the format of a ‘traditional’ comedy night.

“I’ve done stand up for so long that I’m bored with the usual setup of a compere a few acts” adds Cook “We always try to do something special in every show, and for this one we’ll be doing our “News from the North” which is a fake news program written especially for each performance. People love it and we have done specials on the Great North Run, the Christmas celebrations, you name it.’

It is also rumoured that a favourite character from News From the North will be appearing in the shape of President Donald Trump’s cousin, who happens to be a councillor from Tyneside, Dekka Trump.

“It was during the American election I thought it would be fun to have a character so blustering and ridiculous as Donald Trump but have him address the local politics of Tyneside” says Cook. And the rest of the night is set to be full of surprises as Cook has yet to release the other acts on the bill.

“I’m talking to a few big names but I don’t want to say anything yet until it’s sorted but it is going to be a huge show, I cannot wait for people to see it.’ Adds Cook.