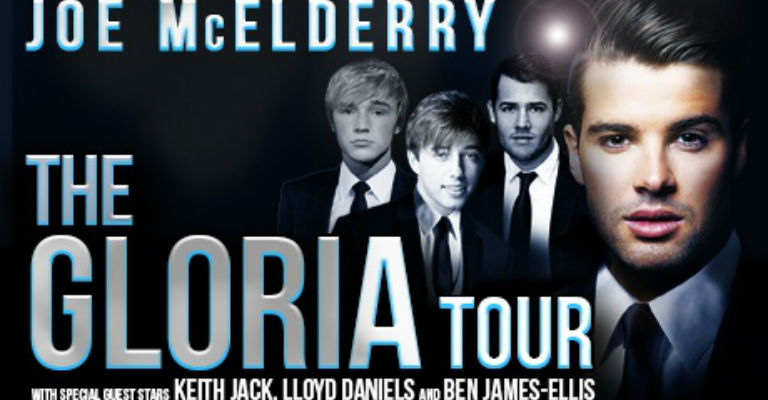 This summer, No.1 and platinum selling artist Joe McElderry releases his long awaited new album Saturday Night at the Movies. The album includes iconic songs from stage and screen and will also feature Joe’s hotly anticipated new single, Gloria, available this March.
To celebrate the release of his fifth studio album, Joe will embark on a national tour of spectacular one night concerts – The Gloria Tour – performing tracks from the new album, along with some special guests…
This not-to-be-missed concert will see Joe joined live on stage by X Factor’s Lloyd Daniels and Any Dream Will Do runners up Keith Jack and Ben James-Ellis, who have all, like Joe, featured in the musical phenomenon Joseph and the Technicolor® Dreamcoat. Joe’s performances in the title role of Joseph have been met with five star reviews and standing ovations up and down the country, which led to a new soundtrack recording released in February 2017.
Full of classic songs you’ll be singing along to as well as brand new tracks to fall in love with The Gloria Tour is sure to give you an unforgettable night!