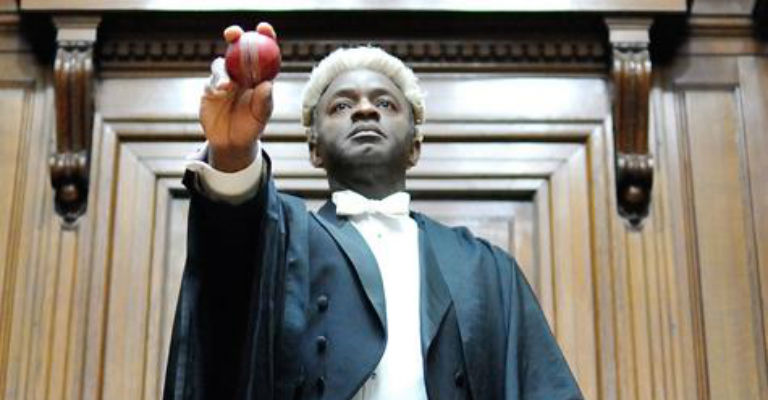 “Another triumph … that thrills and touches” – ***** British Theatre Guide

“The British Empire was trying desperately to hold on to its colonial possessions by any means…and the foul would often override the fair.”

Nigerian Tunji Sowande quietly breaks through multiple barriers to become Britain’s first Black judge in 1978. Also a fine concert singer and keen cricket lover, he muses on international politics and history as they affect the Black world from Africa to the USA and Britain, from the point of view of one who would rather watch sports, and spread love and peace through the medium of song.