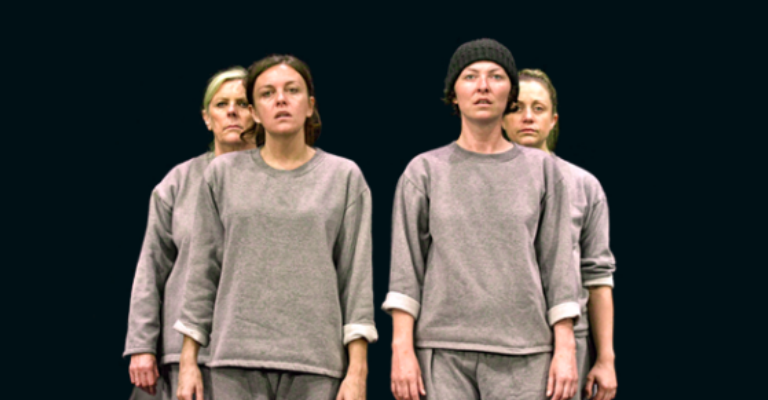 The prison van, fences high, a Magpie. One for sorrow. Snatched the babies. The mother fought, but it was too big, and flew too high.

Be part of the live audience as the multi-award winning Key Change is filmed at our venue with plans to stream it across the world in November through a commission from The Space.

Devised with women in HMP Low Newton to tour to male prisons, critically-acclaimed Key Change carries their voices over the razor wire in a raw and illuminating portrayal of women in prison.

Winner of The Carol Tambor Best of Edinburgh Award 2015, Key Change premiered in New York in 2016 and was awarded the prestigious New York Times Critics Pick.

“a moving, intimate and superbly acted drama about women’s lives in a British prison.” The New York Times Critics Pick

“A touching, empowering work that hits the hat-trick of great script, direction and performance” ★★★★★ The Stage