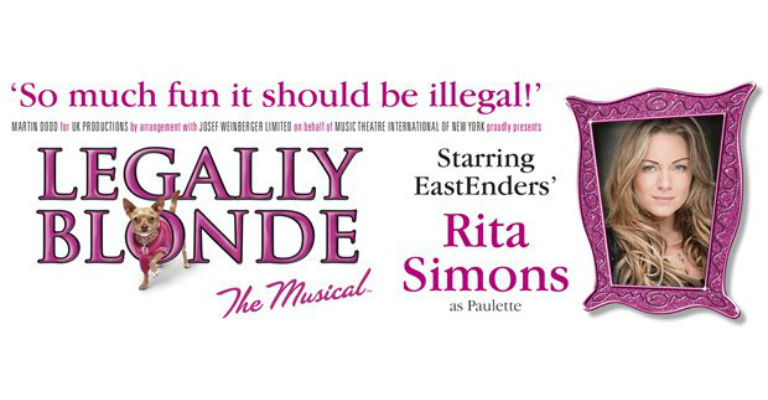 OMG you guys!!! Legally Blonde The Musical is coming to a venue near you! Starring Rita Simons as Paulette Bonafonte

The smash hit Broadway and West End Musical based on the best loved movie follows beautiful and popular sorority sister Elle Woods who loves to be pampered and is passionate about pink. When she is dumped by her boyfriend Warner Huntingdon III for a more serious girlfriend she puts down the credit cards and picks up the books. Packing up her trusty pooch, Bruiser, she bags herself a place at the prestigious Harvard Law School to try and win him back. With the support of her new friends she learns that you can be both smart and fashionable.

Rita Simons is best known for playing Roxy Mitchell in BBC’s Eastenders for which she has won numerous awards and is one of Britain’s best loved actresses.

This all singing, all dancing romantic comedy is a fun-filled, feel-good pink fest, so bend and snap up your tickets today!
Star casting to be announced.