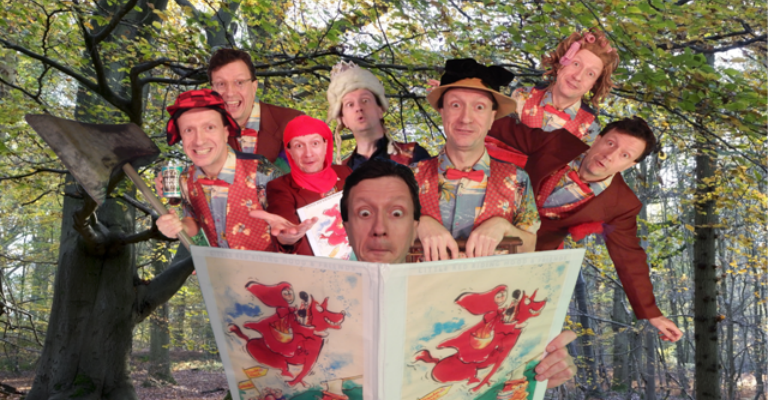 A fairy tale character will be bought to life at a special production for North East children this month.

On Wednesday 22 August, audiences aged seven and under can enjoy Little Red Riding Hood and Friends at The Word, National Centre for the Written Word, South Shields.

The show is a fun filled take on the classic fairy story in which Little Red Riding Hood comes face to face with a wolf while on her way to her grandmother’s cottage in the woods.

Performed by Booster Cushion Theatre, it is very much an untraditional fairy tale and starts with Little Red Riding Hood’s friend.

He begins to tell the audience a story, but, when he opens the book, he finds there are no pages.

As he tries to tell the story, chaos erupts as he is joined by a whole host of fairy tale characters who try to help him finish his tale.

The children will also be roped in to help, auditioning to be wolves, becoming Cinderella’s backing band and helping Red Riding Hood’s dad chop down trees.

“Stories like Little Red Riding Hood are universal, with countries as far afield as Asia and Eastern Europe having their own versions,” said Tania Robinson, Head of Marketing and Culture at The Word, National Centre for the Written Word.

“And this funny, immersive show is a wonderful way of introducing young children to fairy tales and the ancient art of storytelling.”

There will be two showings of this hour-long performance with the first starting at 11am and the second at 2pm and children younger than eight must be supervised by an adult.