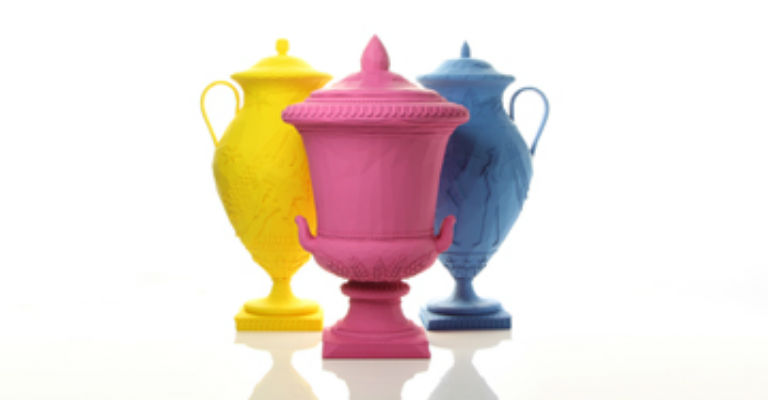 This exhibition celebrates the Wedgwoodn’t Vases by the contemporary artist Michael Eden. His designs are loosely based on early Wedgwood Vases, chosen because Josiah Wedgwood was at the forefront of the first Industrial Revolution. In order to create his fashionable and desirable pottery, Wedgwood transformed both the ways that ceramics were made and the materials they were made from.

Eden is at the forefront of a new industrial revolution using 3D printing to create objects that were previously impossible to manufacture with conventional ceramic techniques.

Already on display in the Museum we have vases typical of the neo-classical style that was very fashionable at the time, two of the vases depict scenes from mythology. Michael’s interpretation brings these vases firmly into the 21st century, replacing the scenes with images derived from popular culture, Strictly Come Dancing and the X Factor television programmes.