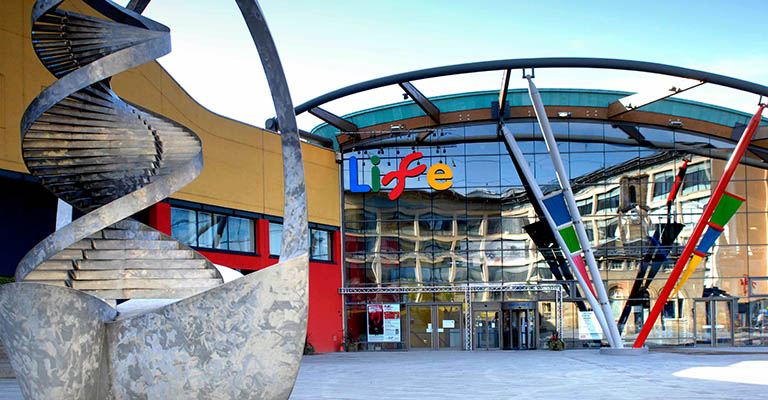 Professor Richard Wiseman – magician turned psychologist and broadcaster – explores how our minds work by looking at tricks and illusions.

Former professional magician turned psychologist, broadcaster and author Professor Richard Wiseman comes to Life to explore Mind Magic. Magicians appear to make solid objects vanish into thin air, defy the laws of gravity and predict the future. Prof Wiseman invites you to step backstage and discover the secret science of sorcery. Learn the hitherto hidden psychology employed by some of the world’s greatest illusionists, how to detect lies, and discover why the hand is rarely quicker than the eye.

Prof Wiseman has been described as ‘…the most interesting and innovative experimental psychologist in the world today’ and was listed in the Independent On Sunday’s top 100 people who make Britain a better place to live, pretty impressive! He has written several best-selling popular psychology books (including The Luck Factor, Quirkology, and 59 Seconds), and has sold over 3 million copies worldwide. His YouTube channel has received over 350 million views and is one of the most watched channels in the UK. Richard has acted as a consultant for Derren Brown, Brain Games, Your Bleeped Up Brain and Mythbusters.

Part of the Brain Zone series of events and activities devised to celebrate the opening of the new Brain Zone at Life Science Centre. The Brain Zone is supported by the Wellcome Trust.