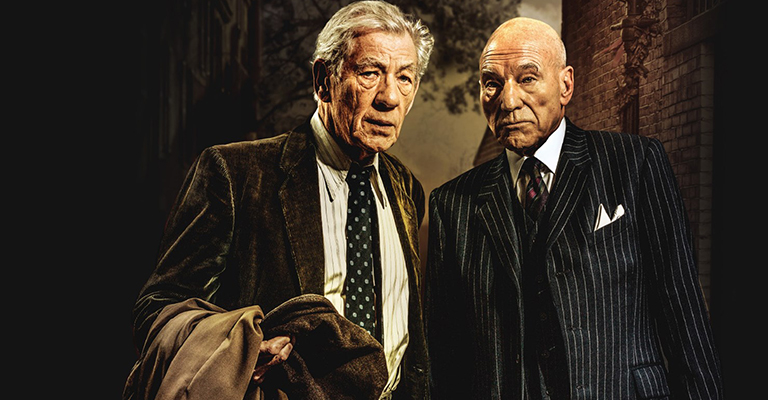 Following their hit run on Broadway, Ian McKellen and Patrick Stewart return to Newcastle Theatre Royal in Sean Mathias’ acclaimed production of No Man’s Land, one of the most brilliantly entertaining plays by Nobel Prize laureate Harold Pinter.

Tony Award-winning Owen Teale (Game of Thrones) to play ‘Briggs’ alongside Ian McKellen as ‘Spooner’ and Patrick Stewart as ‘Hirst’.

One summer’s evening, two ageing writers, Hirst and Spooner, meet in a Hampstead pub and continue their drinking into the night at Hirst’s stately house nearby. As the pair become increasingly inebriated, and their stories increasingly unbelievable, the lively conversation soon turns into a revealing power game, further complicated by the return home of two sinister younger men.

Book early and we guarantee you will pay the lowest price for your tickets! We reserve the right to change prices. Become a Friend of the Theatre Royal and your prices will never change.