No Time For Reason 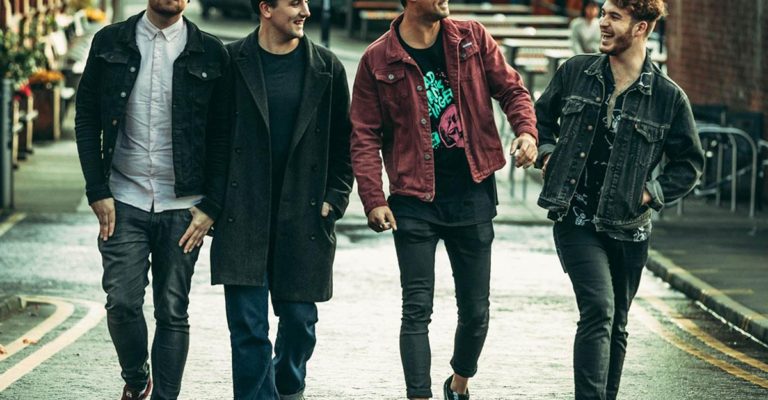 Taking their musical cues from the likes of Bloc Party and Biffy Clyro, sprightly indie-pop upstarts No Time For Reason are set to perform their first headline show at the Newcastle O2 Academy in the New Year.

Having made a name for themselves for catchy riffs and gruff hooky vocal lines, coupled with their distinctive heavy rock guitars, the band will bring their energetic and eclectic sound to the O2 Academy 2 stage on the 30th January 2020, for what is expected to be their first major sell-out show.

After forming less than a year ago, No Time For Reason wasted no time making their mark on the Newcastle music scene, releasing a series of popular singles and performing some packed shows across the North East, including a headline spot at The Cluny.

The four-piece had their very first show at The Riverside, Newcastle, managing draw a 250 strong crowd in the process and, since then, their fanbase has gone from strength to strength.

Self-described as a ‘motley crew of influences’, the band’s inspirations span from EDM to jazz, but their love of pop punk is what shines through, with their sound being compared to the likes of Panic At The Disco, Blink 182, Bloc Party and Biffy Clyro.

Speaking on the band’s formation, Frontman David Stoker, said: “We have only been together as a band for 6 months and we’ve achieved a lot in that time. We’re all from Newcastle and I put the band together by scouting on Facebook. I feel lucky to have found these guys; they’re incredible musicians.

“2019 has been loads of fun. We’ve spent the first few months finding our sound, jamming new song ideas, writing. Getting in the studio has been awesome as we always bring out each other’s creativity. We try to experiment in the studio as much as possible and hopefully that comes across in our records.”

As chief songsmith, front man David Stoker aims to provide a voice for millennials and Generation Z, drawing from personal experiences to offer his own take on 21st Century pop culture with wit and candor. Stoker’s vocals are complimented by the characteristically fun and energetic instrumentals provided by Charlie Philip (guitar), Henry Poxon (bass) and Tony McHaddan (drums).

Along with the highly anticipated O2 Academy show, January will also see No Time For Reason release their third single, Novocain. This comes off the back of their latest single Catfish, an energetic, guitar-driven indie rock anthem satirising contemporary online dating culture .

Support comes from The Escapades – known for their contemporary take on 90s inspired Britpop and good old-fashioned Glam – and acoustic singer-songwriter Connor Haley.

The eccentric stage presence of front man, Kieran Taylor is reminiscent of performers such as Freddy Mercury and David Bowie, bringing an infectious combination of warmth and attitude to the stage, accompanied by catchy pop melodies and energetic rock riffs.

Commenting on the upcoming show, No Time For Reason’s David Stoker, said: “Expect lots of catchy memorable songs, in your face guitar solos, heavy riffs and none stop energy from start to finish!”

“This will be the first time we have played the O2 and its been a goal of ours for a long time now so it feels amazing to be putting on a show there. We are co-promoting it with The Escapades as we know they have a strong local following and the two bands pushing it together will only mean a bigger crowd and hopefully a sell-out show!

“We are putting on a show that will cater for everyone and build in dynamics. Starting with Connor Haley’s acoustic set to warm up the crowd, and then the Escapades will get everyone moving and ready for our set which will hopefully blow the roof off the O2 with our hard-hitting rock songs!”

Looking to the future, the band said of their plans for 2020: “We just want to gig now as much as possible and get our music heard by as many people as possible. We have plans for a small tour next year and hopefully do a few good festivals”.