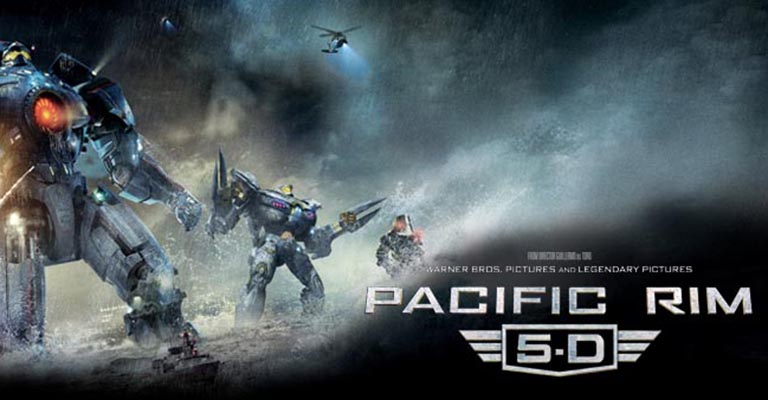 various times throughout the day

Without warning monstrous creatures have risen from the sea, attacked cities and threatened mankind.

In a unified show of force the world’s most powerful nations have joined together and built massive robot fighting machines. When the rate of monster attacks suddenly increases the inevitable showdown takes place. In a no holds barred brawl, the last standing robot fighters take on the biggest and baddest of the monsters. The motion ride gives visitors a ringside seat to see, feel and be part of the action.

Experience every twist, turn, high and low as your seat moves in time to the 3D action on screen in Life’s 4D Motion Ride. You can expect to be blasted with wind, smoke and water, and you’ll even be able to smell the action!

Please note: this is a shortened version of Pacific Rim which has been specially adapted for Motion Rides (not the whole film). Running time is approximately 5 minutes.

For safety reasons you have to be at least 1.2 metres in height to use the Motion Ride.

Warning: because of the storyline and 4D effects, young children and some adults may find this scary.

The ride is also unsuitable if you are pregnant, suffer back or neck problems, have heart problems, have a pace maker or if you suffer from motion sickness. All visitors must be able to sit upright and step up into the seat (with or without assistance from a carer). Due to the special effects used on the Motion Ride, you and your belongings will get wet. Visitors are responsible for the safe keeping of their own belongings.