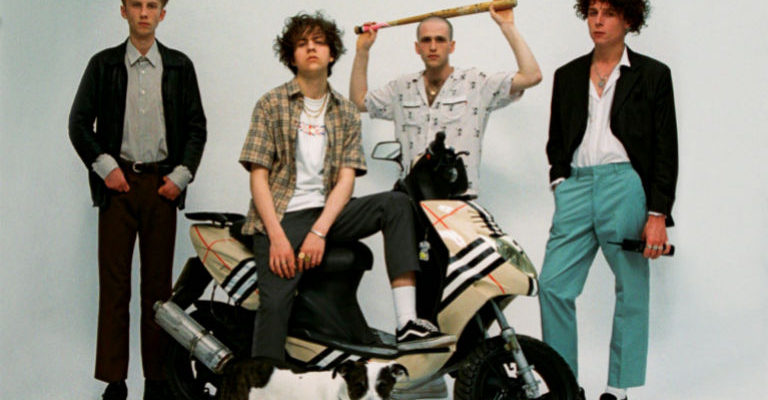 Weekend Tickets can be purchased for £50.

Now in its second year, the region’s largest inner-city festival already boasts a stellar line-up of indie icons including The Horrors, Marmozets and British Sea Power and will now welcome Parlophone Records’ newest star to its list of headliners.

Jordan Cardy, known by his stage name Rat Boy, is an English musician from Chelmsford, Essex and will perform at 02 Academy Newcastle on Sunday, May 6th as part of Hit the North.

Known for his distinctive blend of hip-hop with indie-rock, Rat Boy has been compared to other artists such as Jamie T, The Beastie Boys along with The Clash.

His band rose to national fame in 2016 after he won NME Magazine’s Best New Artist award and his debut album SCUM was released in August 2017 to critical acclaim.

The enigmatic talent will now be heading to Tyneside in May and SSD Concert’s Steve Davis believes he’s a welcome and appropriate addition to an already ambitious Hit the North line-up.

He said: “We’re super excited about the new venues and after Rat Boy’s sell out the 02 Academy Newcastle show earlier in the year the opportunity to have him up here once again was too good to miss.

“He represents one of the hottest indie talents this country has right now and we know he’ll deliver something truly memorable.

“We’ve also known Jake Houlsby for a long time and to see him come on the way he has is just amazing. We can’t wait to see him at the Cathedral which offers something completely different to this expanding festival. Stay tuned for more exciting announcements.”

Meanwhile, SSD Concerts have also confirmed that local singer-songwriter Jake Houlsby will be performing at this year’s event at The Cathedral Church of St. Nicholas as part of Hit the North’s drive to explore new and iconic venues in the city.

Inspired by the likes of Sufjan Stevens and Joni Mitchell and described by BBC 6 Music’s Lauren Laverne as “sublime,” Newcastle singer-songwriter Jake Houlsby is becoming a master at weaving haunting soundscapes with voice, synth, and intricate guitar melodies and will be joined at the cathedral by fellow Newcastle rising Star, IMOGEN.

Having racked up millions of plays on Spotify since releasing his debut EP ‘Yannina’ in 2015 Jake Houlsby – who’s stunning track Howl can be heard on Ford Fiesta’s latest advert – adds: “I’ve always wanted to do a gig in this beautiful cathedral so I was stoked when I was offered the slot at Hit the North Festival.

“It’s been an amazing start to the year from me already and I can’t wait to take part in an event that does so much for local musicians. It’s going to be awesome.”

Hit the North have also announced a wave of new hot indie bands along with the best new bands to come from the region.

Offbeat indie Londoners Sports Team will now support Liverpool rockers Circa Waves on 4th May as part of the festival’s opening ceremony at 02 Academy Newcastle along with Sunset Suns.

Hit the North Festival will take place in Newcastle City Centre between 4-6 May 2018.