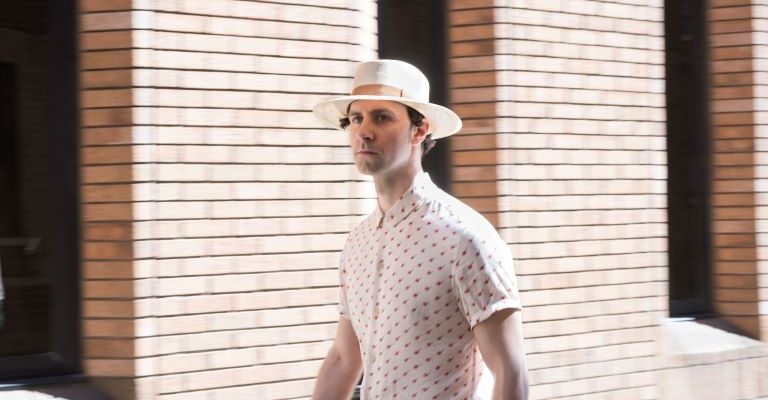 Tickets can be purchased for £19 (subject to the normal booking fees) and all under 14's must be accompanied by an adult.

The frontman and chief songsmith of one of the North East’s most prolific bands, Maxïmo Park, is to curate and host a special one-off concert in Teesside next month (September).

Taking place at Middlesbrough Town Hall on Saturday 7th September, Paul Smith & Friends will bring together some of the leading lights of the region’s music scene and will champion the art of the duet, ranging from folk songs to blockbuster pop hits.

Centred around Teesside’s own Paul Smith, guest singers will bring their own distinct musical personalities to famous duets and the occasional cult curio.

Speaking ahead of today’s announcement, Paul Smith, said: “The people at The Town Hall were pleased with my string quartet show that was part of their 130th birthday weekend in January.

“Now they’ve given me free rein to come up with another unique Teesside night-out for music lovers. I love singing with other people and so I suggested a duets theme. As a local musician, I was hoping to have a strong cohort of fellow North-east musicians, to celebrate our strengths and do something a bit different in this historic venue.

“I’m inviting guest vocalists to perform with me throughout an evening of two halves – the first being more intimate and stripped-back – before a more upbeat, poppy second half.

“I have no real rules about what the setlist will be, as long as the material is good! It will be a blend of classic pop and rock, soul, folk and country, with some more obscure personal favourites thrown in there.

“I’m excited because it’ll be a lot of fun and I get to do something a bit different.”

As a Billingham native, The Town Hall has always been a venue close to Paul’s heart and he is looking forward to hosting is own specially curated show on its big stage, sharing new versions of some of his favourite songs.

“It’s basically a bunch of my talented mates getting together,” adds Paul.

“Field Music are supremely talented and, like myself, want to avoid doing anything too cheesy with the band arrangements.

“Many songs will be instantly recognisable anyway, so hopefully, people will get a kick out of hearing them sung differently. I’m making a record with folk musician Rachel Unthank, so it was very natural to get her involved.

“Kathryn Williams can sing just about anything, and her Relations album is full of unusual covers, so she will be an important member of the ensemble.

“Another diverse singer is my friend Mara Carlyle who I first met when we were starting out in 2004 and I’ve known Ross Millard from The Futureheads since we toured with them back in the day, and his voice will add an edgier tone to the night. I didn’t want to just have one male singer, and Ross is a great musician with an ear for harmony.”