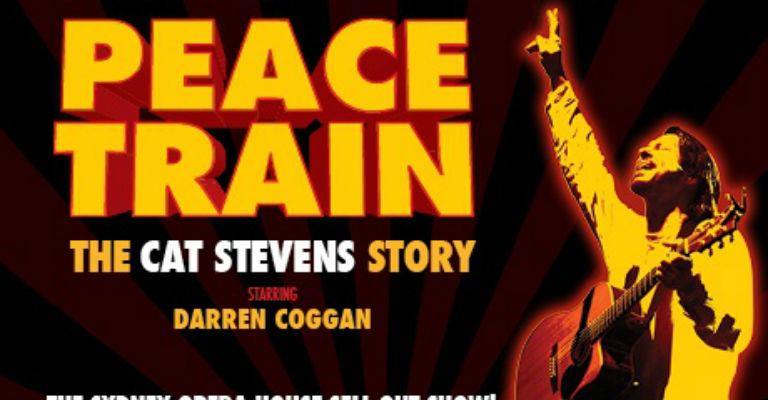 Cat Stevens. The name brings back a thousand memories – dark eyes, a winning voice and songs which the whole world sang along to. Back in the 70s Cat Stevens was the ultimate rock star. Talented, charismatic, with a seemingly endless succession of beautiful melodies streaming from his imagination, the one-time teen idol turned international singing star had everything. He sold more than 60 million albums, earned enough money to last several lifetimes, and enjoyed all the trappings of fame.

In an evening of musical storytelling featuring a full live band, audiences will be treated to a full concert of Cat Stevens’ hits, revealing the man in the music and the real stories behind the classic songs. Starring award-winning Australian musician Darren Coggan, Peace Train – The Cat Stevens Story will take audiences on the same journey of discovery and enlightenment travelled by Cat himself.