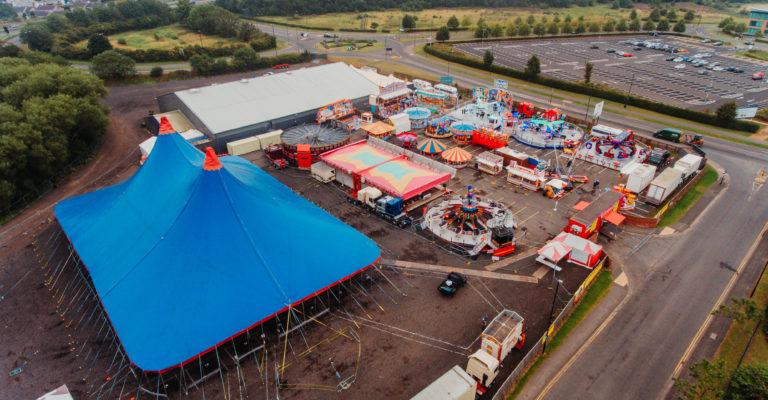 A SUNDERLAND festival is delivering fun for all ages this month (August), with comedy, live music and family-friendly entertainment on the line-up.

As part of its Rainton Festival, Rainton Arena, at Houghton-le-Spring, has planned a packed series of socially distanced events, making the most of its huge outdoor space.

Those heading to the venue this Friday (21 August) can enjoy music from British soul and funk duo Smoove and Turrell – who have performed to fans around the world – with support from fellow North East groups The Midnight Drive and Vandebilt.

The arena will be home to the Family Fest on 22 August, featuring Jojo Siwa and Taylor Swift tribute acts, along with Channy Thompson and Jessie Dale from The Voice Kids.

And later that day it will host Rainton Live Music Festival, with live performances from Geoff Mull, Will Jennison, He Knows, She Knows and support acts still to be announced.

On 23 August families can enjoy an afternoon of fun with Trolls, Toons and the RugRat Ravers, then in the evening tribute act 10CCLO will be playing 10cc and ELO’s greatest hits, with support from cover band Central Park.

The following weekend welcomes a string of music stars, kicking off with KISS FM’s DJ AJ King on 28 August, joined by DJ Pied Piper performing Do You Really Like It, Joe Sensation – who has toured with Sean Paul, The Game, Snoop Dogg and more – along with support guest DJ C-Jayy.

Festival-goers can also enjoy a host of food and drink stalls on site, bar facilities, funfair rides and a range of other entertainment on the outdoor stage.

Jay Johal, who owns the arena, is confident the festival has something for everyone.

“Venues are having to adapt this summer and we are lucky to have such a huge space which gives us the freedom to create a really exciting event without compromising anyone’s safety,” said Jay.

“Not only do we have some fantastic performers lined up to take to the stage across the rest of the month, but we’ve also made sure that there’s plenty to do across the whole site.”