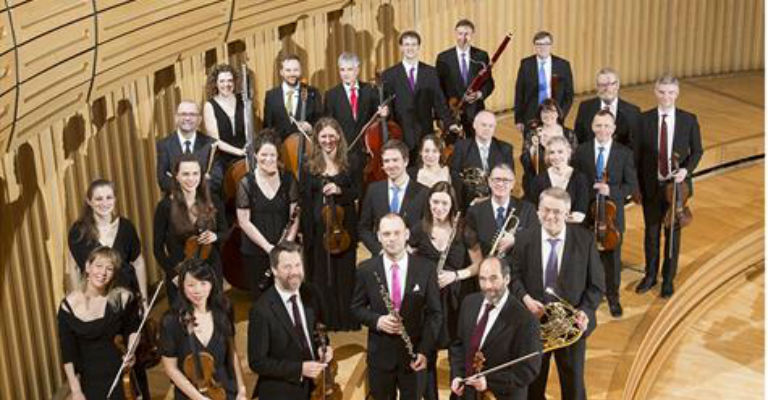 “There is no better chamber orchestra in Britain” – The Guardian

Brahms’ first string quintet shows his love of baroque music with the subtle integration of baroque dance movements he had originally written for the piano. The scoring for string quartet with a second viola produces rich texures, and we hear Brahms at the height of his creativity in what the composer himself described as “one of my finest works”.

Royal Northern Sinfonia, Orchestra of Sage Gateshead, is the UK’s only full-time chamber orchestra. Founded in 1958, RNS has built a world-wide reputation for the North East through the quality of its music-making and the immediacy of the connections the musicians make with audiences. The orchestra regularly flies the flag for the region at the Edinburgh Festival and the BBC Proms, this year performing Handel’s Water Music at The Stage @ the Dock in Hull – the first Prom performed outside of London since 1930. They appear frequently at venues and festivals in Europe, and recently toured to South America, China and South Korea.

RNS has always been actively involved in local communities and in education. This season the orchestra will perform across the region in Kendal, Middlesbrough, Carlisle, Berwick, Barnard Castle and Sunderland, as well as in Gateshead. Musicians support young people learning musical instruments through Sage Gateshead’s Centre for Advanced Training and through In Harmony, a long-term programme in Hawthorn Primary School in which every child in the school learns a musical instrument and plays in an orchestra.