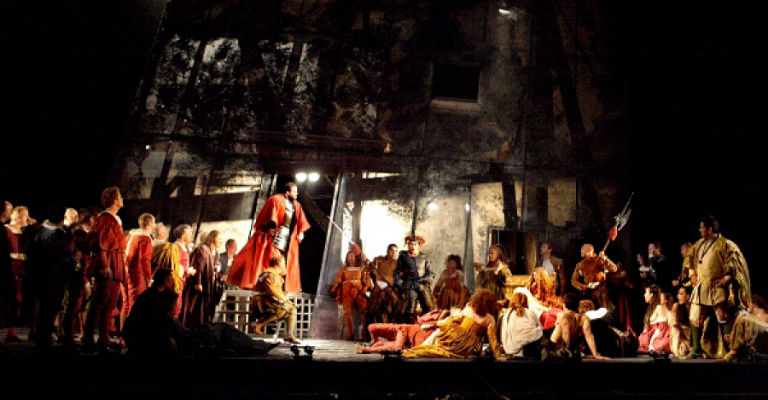 The corruption of innocence is at the heart of Verdi’s potent tragedy in David McVicar’s production for The Royal Opera.

Rigoletto, court jester to the libertine Duke of Mantua, is cursed by the father of one of the Duke’s victims for his irreverent laughter. When the Duke seduces Rigoletto’s daughter Gilda, it seems the curse is taking effect…

Giuseppe Verdi wrote in 1855 that Rigoletto was his ‘best opera’. He had had to overcome state censorship to stage it – the censors objected to its depiction of an immoral ruler – but he was vindicated by the premiere’s huge success in 1851. Rigoletto was performed 250 times in the next 10 years and has remained one of the most popular of all operas.

Approximate running time: 2 hours and 45 minutes, including one interval. Sung in Italian with English subtitles