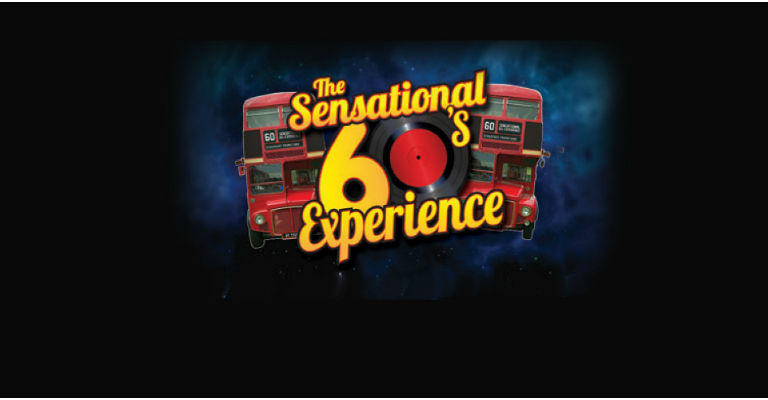 Without doubt the most explosive 60’s show touring the UK,  for one night only.  With a BRAND NEW PRODUCTION for 2017.  THE SENSATIONAL 60’S EXPERIENCE.  Five legendary names take to the stage and deliver to you a night never to be forgotten.  With the definite feel good factor this is must see 60’s show for 2017. Starring Mike Pender (Original voice of The Searchers) Chris Farlowe, Herman’s Hermits, The Fortunes, The New Amen Corner. Hits include Needles and Pins, Out Of Time, I’m Into Something Good, Storm In A Tea Cup, Bend Me Shape Me plus many more.  Step back in time to when pop music was at its very best.

Now more than ever-the genuine article- Mike Pender is the voice of The Searchers. One of the greats to have come out of the Liverpool “Beat Boom”.  His is the rich vocal talent so evident on so many of the Hit recordings that have become 60’s classics.
Everybody – even if they only have a passing interest in 60’s Music, remembers Needles and Pins – one of the greatest ever records to come out of the greatest ever period in Pop Music History!
There were, of course, many other ‘Hit’ recordings that feature not only Mike’s vocals, but also his equally distinctive 12-string ‘jangly’ guitar sound that became such a feature of The Searchers’ recordings.  With over 50 years of success in the business Mike is still touring worldwide performing The Searchers million selling hits such as Sugar and Spice, Sweets For My Sweet , Don’t Throw Your Love Away , When You Walk In The Room and of course Needles and Pins.

Chris Farlowe. Originally Chris Farlowe and The Thunderbirds started out in the late fifties. Chris later moved on to perform all over Europe & still does to this day. His hits include classics like Out Of Time, Handbags and Glad Rags (which was also released by Rod Stewart as a single ) Let The Heartaches Begin, Reach Out I’ll Be There.

Herman’s Hermits throughout the mid-60’s music scene proved to be a dominating force worldwide.  From 1964 the band chalked up over 23 top 20 singles, 10 hit albums, 3 major movies. Hermans Hermits as of to date have sold 75,000,000 records worldwide.  Their chart breaking hits include,  Mrs Brown You’ve Got A Lovely Daughter, Silhouettes, There’s A Kind Of Hush, Henry V111, Something Is Happening & I’m Into Something Good

The  Fortunes. Formed in the 1960’s and producing classics such as, You’ve Got Your Troubles, Here It Comes Again and, continuing into the seventies with more successful releases such as Storm in a Teacup and Freedom Come, Freedom Go. These songs have stood the test of time, becoming household favourites permanently on playlists everywhere. The Fortunes remain as one of the UKs premier harmony groups, and are constantly in demand worldwide.

The New Amen Corner a force to be reckoned with on any stage throughout Europe will keep you entertained with classics such as If Paradise Is Half As Nice, Bend Me Shape Me