Shappi Khorsandi: 'Oh My Country!' From Morris Dancing to Morrissey 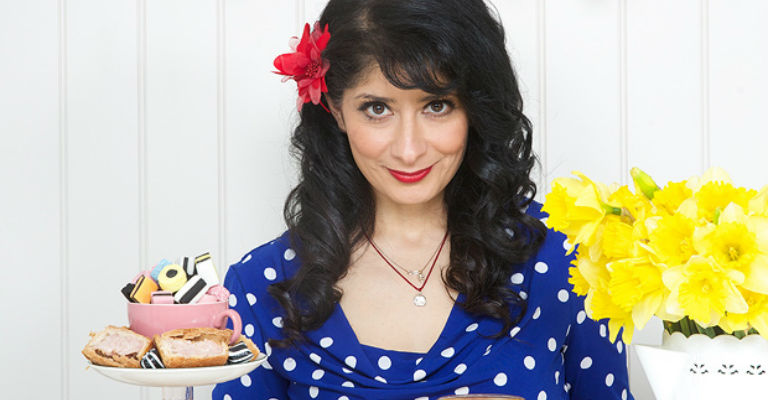 Shappi is celebrating the fortieth anniversary of her arrival in Britain. She’s reclaiming patriotism, sending a love letter to her adopted land. Please don’t come if you’re a skinhead (though naturally bald folk are welcome).

‘She has plenty to say, and says it with pointedness and potency.’ Guardian

Star of Live At The Apollo, Michael McIntyre’s Comedy Roadshow, Friday Night with Jonathan Ross, Have I Got News for You and Q.I, she is back with a brand new show for 2016.

She has whip-crack jokes and is effortlessly funny as she handles every subject with a razor sharp wit, softened only by her deliciously mischievous delivery and endless charm.

Shappi Khorsandi is also the best selling author of ‘A Beginners Guide to Acting English’ and her debut novel ‘Nina is not OK’ is published by Ebury in July 2016. Shappi was also recently elected president of the British Humanist society.