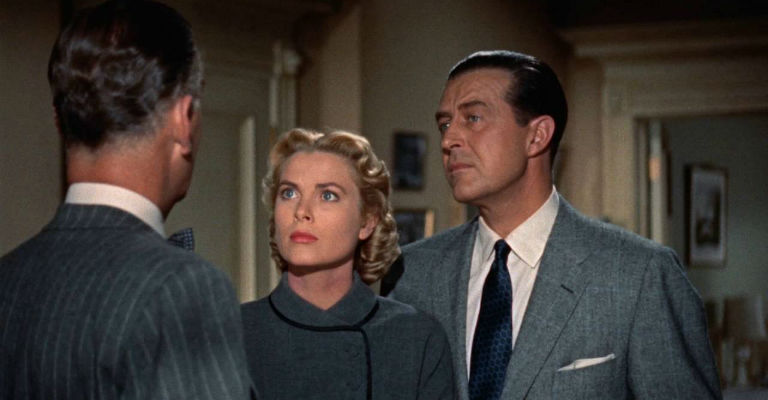 Alfred Hitchcock’s screen version of Frederick Knott’s stage hit Dial M for Murder is a tasty blend of elegance and suspense casting Grace Kelly, Ray Milland and Robert Cummings as the points of a romantic triangle. Kelly won the New York Film Critics and National Board of Review Best Actress Awards for this and two other acclaimed 1954 performances. She loves Cummings; her husband Milland plots her murder. But when he dials a Mayfair exchange to set the plot in motion, his right number gets the wrong answer and gleaming scissors become a deadly weapon. Dial “M”; for the Master of Suspense at his most stylish