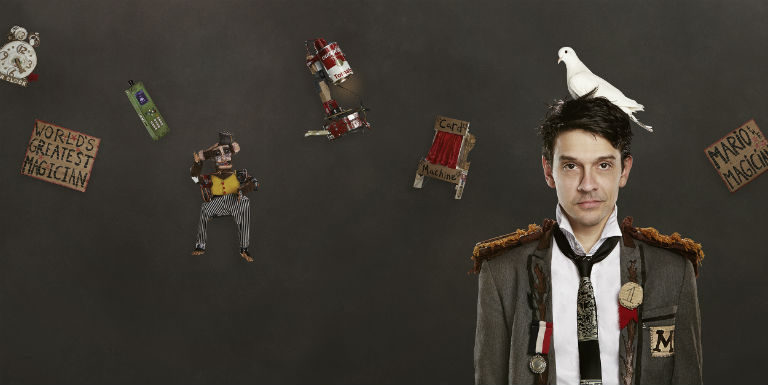 Ventriloquism, close up magic and illusion are just some of the talents that will be on display at the 16th annual South Tyneside International Magic Festival.

The popular event, which will take place in the autumn this year rather than the usual spring date, will return to South Shields from 10 to 13 October.

And plans are already underway for the festival, which will include a family show, two gala events and a three-day convention featuring lectures and demonstrations to help budding magicians hone their skills and get expert advice from some of the industry greats.

This year’s line-up includes the winner of the tenth series of Britain’s Got Talent, magician and mind reader Richard Jones, as well as Mario “the Maker Magician” Marchese from New York, who specialises in children’s magic and has opened for David Blaine.

Festival-goers will also enjoy performances from comedian, ventriloquist and Britain’s Got Talent finalist, Steve Hewlett, and multi-award winning mentalist Mark Shortland, who has performed for audiences around the world – with more magicians still to be announced.

The South Tyneside International Magic Festival is organised by South Tyneside Council and magician, Steve Gore, in partnership with The Customs House and Magicbox.

“I am delighted to be back on board with the South Tyneside International Magic Festival and it is already shaping up to be a brilliant year,” said Steve, who returns as booker for the third year in a row.

“We are very lucky to have some incredibly skilled magicians joining us from all over the world and it is certain to be an amazing celebration of all things magic.”

Councillor Alan Kerr, Deputy Leader of South Tyneside Council with responsibility for Culture and Leisure, believes this year’s festival will be one of the best yet.

“The South Tyneside International Magic Festival is always a popular event for both budding performers and magic fans and there is a packed programme this year with lots to see and do,” said Councillor Kerr.

“It is fantastic to host so many talented performers in South Shields and it is a great event for the whole family to enjoy.”