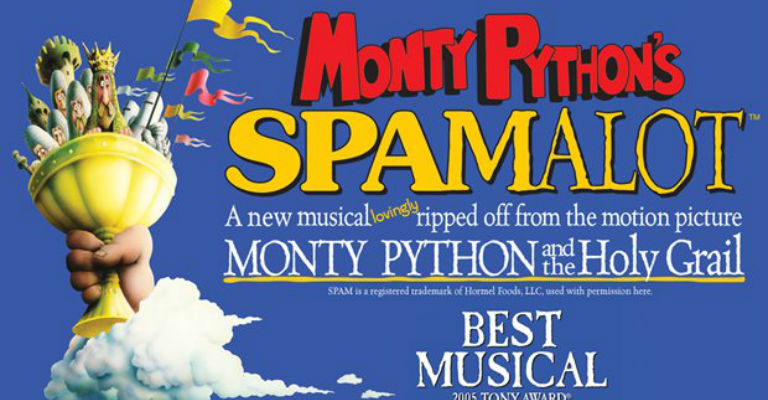 Funnier than the black death!
Lovingly ripped off from the hugely successful 1975 film Monty Python and the Holy Grail, Spamalot is a riotous comedy full of misfit knights, killer rabbits, dancing nuns and ferocious Frenchmen. Join King Arthur as he travels with his hapless Knights of the Round Table on a divine mission to locate the illusive Holy Grail – with uproarious consequences.

Winner of the 2005 Tony Award for Best New Musical the hilarious Spamalot was written by Python legend Eric Idle, with a fantastic score co-written by John DuPrez including Always Bright Side of Life.

Produced by the award winning Selladoor Productions – producers of Footloose, American Idiot, Avenue Q and Little Shop of Horrors and Mercury Theatre Colchester, this brand new UK tour of Spamalot will have audiences rolling in the aisles.