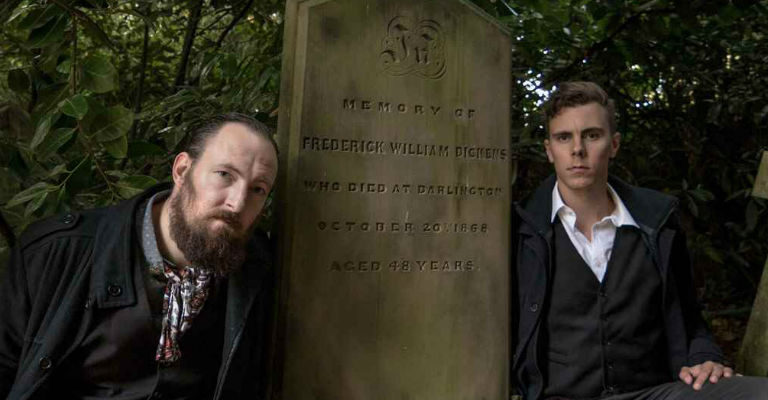 With support from Veil and local author Francoise Harvey.

The Black Sheep Frederick Dickens are a Dickensian darkwave/gothic-electro duo from Darlington consisting of David Saunders and Rob Irish. Their dark and cinematic soundscapes, combined with unhinged, baritone vocals, conceptualise the life and legacy of Charles Dickens’ wastrel brother. They take a tragic story filled with darkness and despair and use it as a metaphor for the modern day, discussing themes such as legacy, male kinship, money and addiction along the way.

Their live performances are energetic, theatrical and filled with a semi-operatic intensity that complements the varied waves of classical instrumentation and synthetic sounds. They are an exciting experimental act reminiscent of Scott Walker, Nick Cave, The Dead Can Dance and early Pet Shop Boys/Depeche Mode.

The show will be a full performance of their back catalogue, with between-song discussion of the influence Frederick had on the lyrics/music and what we can learn from his unremarkable life.