The Creative Spirit of John Curry 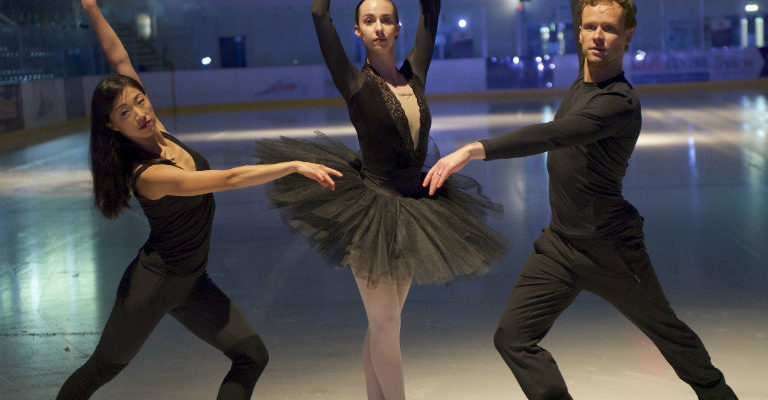 Now-a-days the term legend is too often bandied around in the sporting world but nobody could ever disclaim the use of the word legend when describing the talented figure skater, John Curry OBE.

In the seventies and eighties, John Curry’s inimitable style lit up the world stage, where he won plaudits and every sporting title imaginable. In 1976, Curry was quite literally on top of the world as he held skating’s sought-after coveted triple crown of Olympic, World and European titles.  The Birmingham-born star was also named BBC’s Sports Personality of the Year for his achievements.

One of his most famous movement routines was the mesmerising Don Quixote free skate at the Innsbruck Winter Olympic Games.

In what would have been the year of John Curry’s 70th birthday an international dance festival is dedicating its whole 10-day programme to the legendary skater.

The sleepy town of Billingham in Stockton-on-Tees, North East England is the home of one of the country’s longest running dance festivals. 2019 is the 55th Billingham International Folklore Festival of World Dance [10th-18th August].

Some of the leading names in the world of dance and figure skating are coming together to put on an eight-day spectacular in honour of John Curry, the man, the sporting hero and the creative genius – whose work drew inspiration from ballet and modern dance techniques.

The ambitious occasion has already gained plaudits from the one and only Jayne Torvill and Christopher Dean and Robin Cousins (quotes listed below).

The centre piece of the Festival will be The Creative Spirit of John Curry which will have its red carpet global premiere at Billingham Forum Ice Arena on 16th and 17th August before heading over to Sheffield on 20th August to be staged at iceSheffield.

The legacy of John Curry has also been an inspiration to a generation of LGBTQ sports performers and the community in general, as his journey of being a gay sportsperson in the media spotlight in the 70s, 80s and 90s was something that very few people had experienced.  His story has also recently inspired a movie and Edinburgh Fringe show.

The Creative Spirit of John Curry has attracted some of the biggest names from the glamorous world of figure skating, a real who’s who from the international stage.  The array of talented performers taking part in this striking performance includes from ITV’s popular television programme Dancing on Ice, Mark Hanretty (Scotland), Vanessa Bauer (England) and Nina Ulanova (Russia).

Mark Hanretty said of The Creative Spirit of John Curry: “It’s so exciting to have a show to celebrate beautiful movement in the style of John Curry.  John’s style is very revered but rarely explored and this is an amazing chance to pay homage to a stylisation that had shaped the future of skating for so many skaters!”

Balbir Singh of Balbir Singh Dance Company, said: “The challenge for this show has been to draw together the disciplines of figure skating and contemporary dance from around the world with one vision to match the creativity of John Curry in a celebratory way.”

He added: “The appeal is to create a piece of holistic theatre accessible to people that may know nothing about dance, ice skating or music.

“We hope the audience will leave the show with a sense of insight into a process that has taken skating from a pure sport into a dance form on ice.  The aim is to mark the life and work of a man who managed to combine the artistry of ballet and modern dance, and produce works of art when skating on the world stage.”

The 55th Billingham International Folklore Festival of World Dance is being supported by Stockton-on-Tees Borough Council and Arts Council England through its National Lottery Project grant.

To accompany The Creative Spirit of John Curry there will also be a movement flash mob inspired by Curry’s famous routine Don Quixote with the hope being over 300 people will dance the same steps in the centre of Billingham during the Festival.

Also a piece has been created titled 1001 Dreams drawing upon key works and influences of John Curry including ‘Scheherazade’, his unfinished work ‘Firebird’, and the cultural vibrancy and influence on his artistic development of ‘New York, New York’.

Lorna Brown, Principal skater with John Curry’s Theatre of Skating and Ice Dancing will even be jetting in from Los Angeles to be guest of honour at Billingham International Folklore Festival of World Dance.

The Billingham International Folklore Festival of World Dance will also be bringing to Stockton-on-Tees, dance companies from all over the globe from Brazil, China, Colombia, Costa Rica, Georgia, India, Slovakia and South Korea.

Olga Maloney, Artistic Director of Billingham International Folklore Festival of World Dance, said: “We thought the legendary John Curry was a perfect match for our Festival with his trailblazing attitude, style and techniques.  We have been bringing a variety of different dance themes from around the world for over five decades and in that time we’ve been inspiring the next generation of dancers, much like the legacy of John Curry who is still enthusing people over twenty-years after his death.  The theme of this year’s Festival is Follow Your Dreams and this ideally encompasses what we are aiming to encourage.”

Olympic Champions, Jayne Torvill and Christopher Dean, said: “John Curry – Ice Skater is like saying Nureyev – Dancer. These words do not convey the consummate artist that is, John Curry.

“John Curry brought artistry to ice skating, the likes of which we hadn’t seen before. He was a pioneer in the dance form that allowed others to be accepted as artists. His integrity and awareness of his movement on the ice should be observed by all skaters that have aspirations of being dancers on ice and perhaps one day an artist. John Curry inspires a generation of skaters and his legacy continues today.”

Robin Cousins, Olympic Champion, said: “I think it’s a great idea to celebrate John and the legacy he has given to the world of figure skating in what would be his 70th birthday year.  He was a pioneer, unapologetic of his style and his mark on male skating was so strong and deliberate.  I for one would never have been able to do what I did if John hadn’t paved the way in such a commanding manner.”

The Creative Spirit of John Curry will enjoy its world premiere performances at Billingham Forum Ice Arena on 16th and 17th August before heading over to Sheffield on 20th August to be staged at iceSheffield.