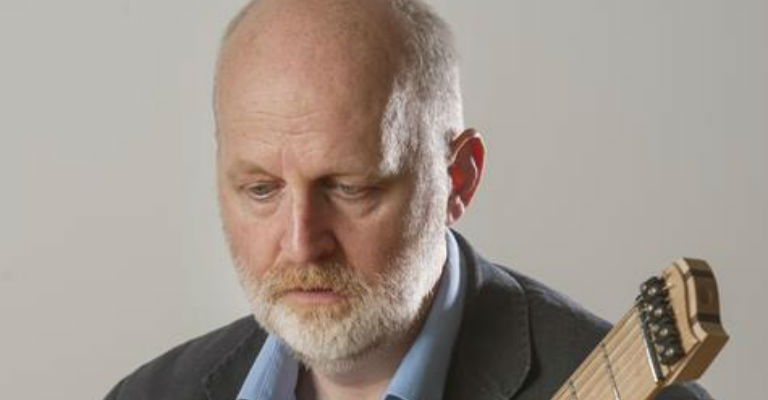 Though better known as one of the UK’s leading and most decorated poets, Don Paterson has had a second career as guitarist, and moved to London in the mid-80s to join the free-improv scene, where he took lessons with the great guitar maverick Derek Bailey.  For twelve years he co-led the Celtic-jazz ensemble Lammas with saxophonist Tim Garland, playing classical and 12-string guitars and sharing stages and studios with jazz luminaries, trumpet master Kenny Wheeler, vibraphone virtuoso Joe Locke, pianist Jason Rebello and many others.

For his new project, he has turned his unusual fingerstyle technique to electric as well as acoustic guitar to play a mix of new and older compositions influenced by his long-term engagement with jazz, electronic, classical and Celtic music. The band, which has been described as “a Scottish-accented Pat Metheny Group” features regular collaborator Steve Hamilton (formerly of Bill Bruford’s Earthworks and currently touring with drumming legend Billy Cobham) on keyboards, along with the widely experienced Euan Burton, of Salt House, on bass and the Scottish National Jazz Orchestra’s drumming dynamo, Alyn Cosker.