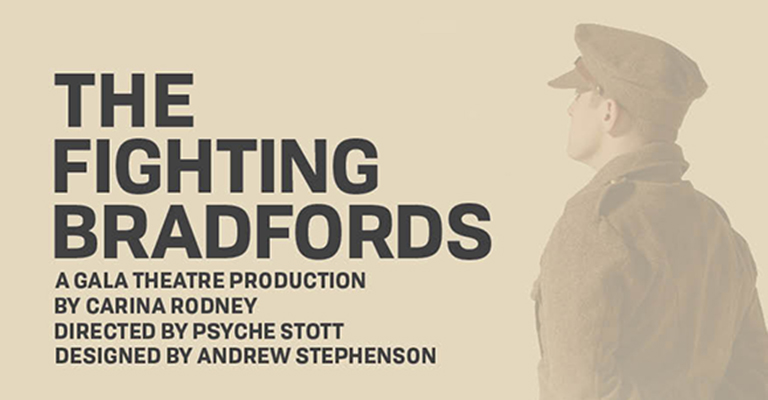 The most celebrated brothers in British military service, the Bradfords were County Durham’s own.

Drawing on first-hand accounts, correspondence and family anecdotes, a brand new play tells the story of this highly decorated family of First World War soldiers: Roland the born leader and a natural soldier; George, who heroically volunteers for a seemingly suicidal mission; James who joins the war under pressure from his brothers; and the eldest brother, and only survivor, Thomas.

Influenced by a domineering father and artistic mother, the boys’ childhood was filled with imaginative role playing and intensely competitive sport. They were bare-knuckle boxers and lovers of poetry, strong soldiers and accomplished musicians, but above all else they were selflessly brave in their determination to play the game, whatever the cost.

The Fighting Bradfords explores what drove this remarkable family from County Durham to become national as well as very local heroes.