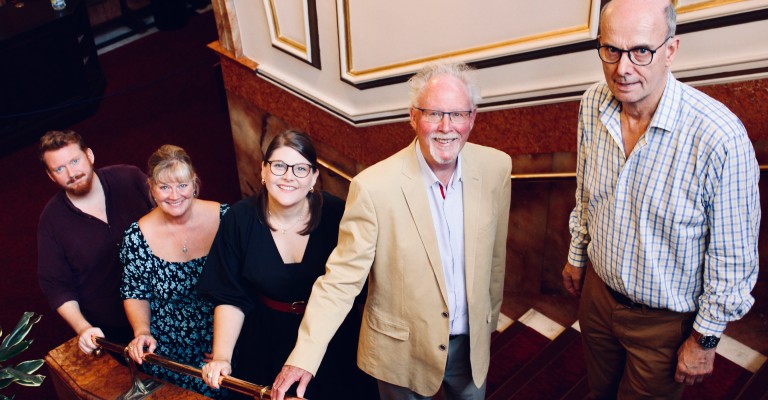 Gilbert and Sullivan have had a bad Press!

When their operas were premiered, Gilbert insisted on directing them in a way that was very unusual at the time – giving his Productions structure, precision and flair. But almost 150 years on you can’t preserve things in aspic. That can give a formulaic feel to the way the music is performed, and the way the operas are staged; it leads to a layer of stage business and flummery surrounding in particular the musical numbers, but also the general characterisation, which removes humanity from operas that are in the end about real human emotions. They are still very funny, pertinent, satirical and touching, and if you scrape off the additional layers of varnish that have accrued, they come up bright and new. If you trust the material, it shines through.

Tarantara aims to build an audience for the future, as well as captivating existing fans of this repertoire, by performing the music in as vibrant and true a way as possible with the highest calibre of singer, and with the size of orchestra Sullivan envisaged. In our celebration of all that’s best in Gilbert and Sullivan’s extraordinary operas, acclaimed soloists will perform favourites from The Mikado, The Pirates of Penzance, HMS Pinafore and many others, including some less familiar gems.

Tarantara Productions was established in 2014 to perform the work of Gilbert and Sullivan to the highest standards both in gala concerts and fully staged productions. We use a mix of seasoned operatic stars and young voices new to this wonderful repertoire, letting it speak for itself and demonstrating just how timeless it is. Come and hear the unparalleled comic genius of Gilbert and Sullivan, unleashed.