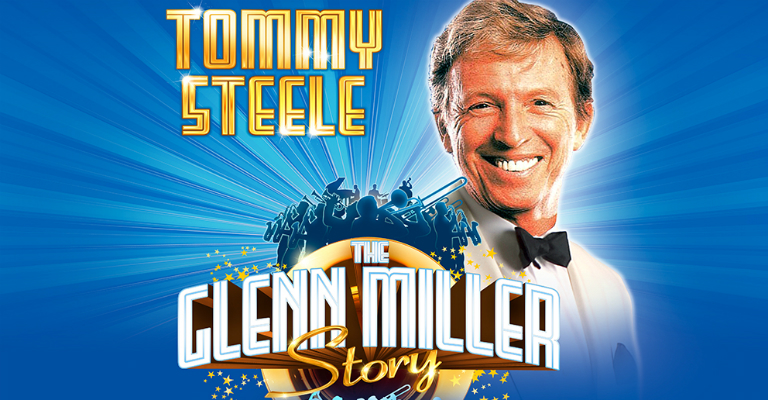 It’s been seventy years since Glenn Miller vanished over the English Channel as he flew to Paris to entertain the troops during the Second World War. Did he crash? Was he shot down? Will the mystery ever be solved?

Brought to the stage in a brand new musical spectacular, is the life, fame and vanishing of America’s most famous big band leader .

Music legend TOMMY STEELE, Britain’s first rock n’ roll icon who became our greatest ever song and dance man, commands the stage as only a very great star can in this extraordinary tale of the world’s most famous big band leader, featuring a spectacular 16 piece orchestra plus a full supporting company of sensational performers and dazzling choreography.

Tommy’s legendary career boasts countless hit singles, Hollywood movies and award-winning stage musicals such as Half a Sixpence, Hans Andersen and Singin’ in the Rain at the London Palladium, where he was recently honoured with a prestigious plaque celebrating the fact that he remains the theatre’s most successful ever star.