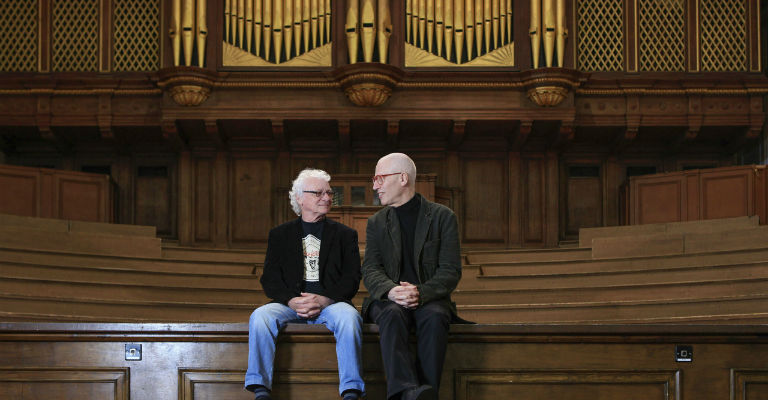 When Tyneside group Lindisfarne exploded onto the UK music scene in 1970 they became the standard bearers for acoustic based rock music. Their sparkling song-writing cut through the prevailing pop and glam sounds of the seventies, the group achieved international success and Lindisfarne’s music is still ever-present on UK radio in 2016.

Former group members Billy Mitchell and Ray Laidlaw tell The Lindisfarne Story from the very beginning featuring acoustic versions of the classic songs and ‘behind the scenes’ stories, all illustrated with archive video and stills. If you are a fan of Lindisfarne, UK rock groups and the music of the 60’s and 70’s, then this show is for you.