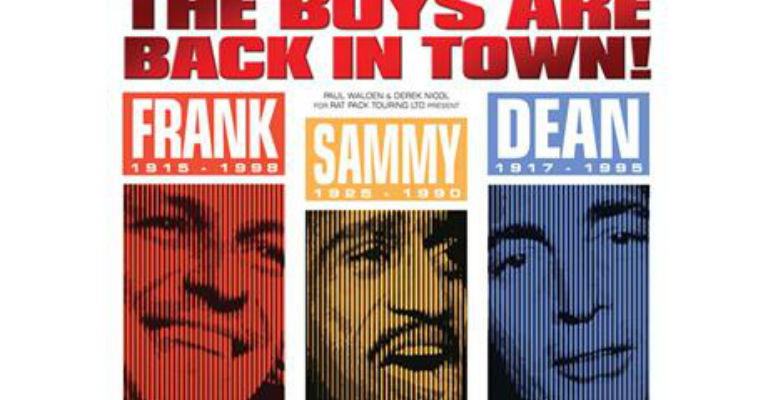 The boys are back in town to take you back to the glamorous, glitzy nights of Las Vegas in the late 50s and early 60s. The fabulous Burrelli Sisters and The Rat Pack Big Band join Frank Sinatra, Sammy Davis Jr and Dean Martin performing at the famous Sands Hotel.

It was at the Sands Hotel in 1960 that Frank Sinatra, Dean Martin, Sammy Davis Jr, Joey Bishop and Peter Lawford first performed together on stage. From then on, they were forever known as the Rat Pack.

Hit follows hit, including The Lady is a Tramp, Mr Bojangles, I’ve Got You Under My Skin, That’s Amore, Everybody Loves Somebody Sometime, New York, New York, Fly Me to the Moon, Volare, Me And My Shadow, My Way and many more.

This spectacular production celebrates the incredible singing talent of three world-famous entertainers and performers, as well as some of the finest music ever recorded.

If you wish you’d swung with the hardest partying pack in town, now’s your chance. Frank, Sammy & Dean – The Rat Pack Live From Las Vegas is still the coolest party in town!