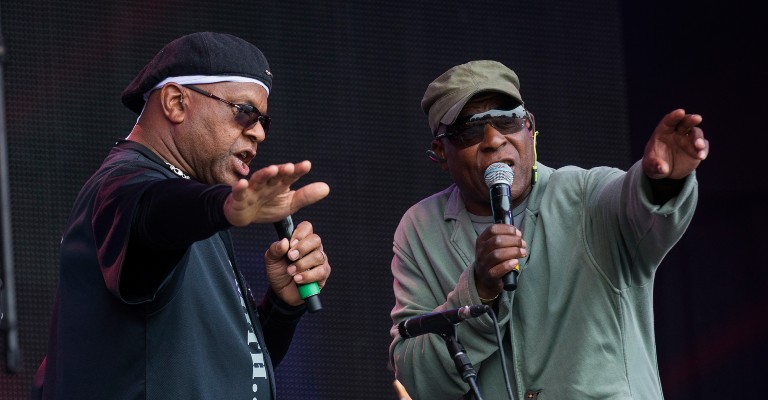 Doors open at 6.30pm and the performance will start at 7.30pm

Since 1976 they have stormed the charts with songs such as Can You Feel The Force, Can’t Get By Without You, You’ll Never Know What You’re Missing, Whenever You Want My Love, and of course, You To Me Are Everything, among their fifteen Top 50 chart entries.

In 1986 Can You Feel The Force, You To Me Are Everything and Can’t Get By Without You were all remixed and became huge hits again thanks to their huge club following. They ended that year as one of the country’s top ten acts on the basis of remixed hits. Can You Feel The Force, written by the Amoo brothers, has become one of the biggest UK club records and has been sampled by countless bands. Arista will release an amazing new, very contemporary dance and dub mix this year.

Children Of The Ghetto, another classic Amoo Brothers composition, has been covered worldwide by artists as diverse as Philip Bailey (Earth, Wind & Fire) Chinese Wall album and Courtney Pine on his Journey To The Urge Within album. The song was also featured in the Spike Lee movie Clockers.

The Real Thing still features the original members of the Amoo brothers and Dave Smith.

A new cd has been released Real Thing The Singles Collection (Universal). Its a double cd featuring 35 years of the group’s A and B sides. They have also recorded an “Out There” version of the Beatles Eleanore Rigby for the Liverpool No One’s album (EMI).