THE VAMPS SET TO ROCK BENTS PARK THIS SUMMER… 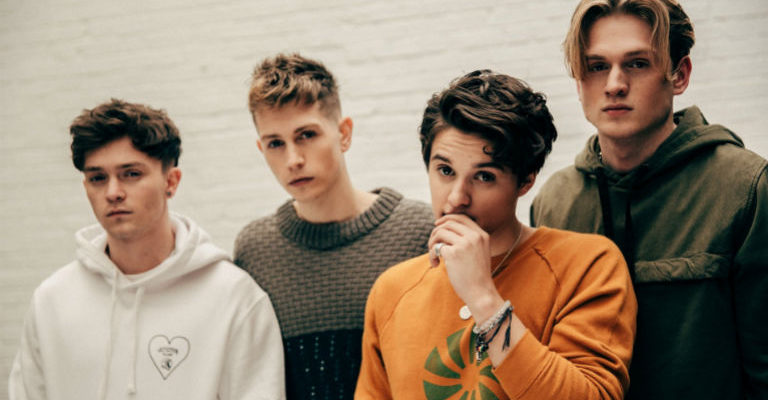 BRITISH boy band The Vamps will return to the North East this summer to headline the second of this year’s Sunday concert series shows.

The teen favourites – who appeared in Newcastle last week as part of their latest UK tour – will top the bill on Sunday 15 July as they are joined by last year’s X Factor semi-finalists, The Cutkelvins.

The Vamps – Brad Simpson, James McVey, Connor Ball and Tristan Evans – got their first taste of fame in 2012 when they posted videos performing cover songs onto YouTube.

Instantly billed as the new One Direction, they signed with Mercury Records later that year and supported McFly on their Memory Lane Tour in early 2013.

After a summer hitting the festival scene up and down the country, they released their debut single Can We Dance in September, which peaked at number two in the UK Singles Chart, and further hits followed.

“We can’t wait to head to South Shields this July to perform at the Sunday concerts series,” said Brad Simpson. “We are currently on the road with our Night and Day arena tour, and after a busy time in the studio last year, we are all excited about playing the festival scene this summer.

“We have always had a fantastic time whenever we’ve played in the North East and we can’t wait to return for what’s certain to be an exciting afternoon in South Shields.”

The Vamps will be joined by X Factor finalists The Cutkelvins, a family three-piece band made up of brothers Jay and Kyle Cutkelvin and their sister Shereen, of Lanark, Scotland.

The musical siblings formed their own group last year and auditioned for X Factor, making it as far as the semi-final as one of Simon Cowell’s acts.

“It’s been madness for the 12 months for us, and we can’t wait to come to South Shields for the first time, especially getting to play on the same bill as The Vamps” said Jay.

Admission to all four concerts this summer is free of charge, but fans can choose to upgrade to a Priority Plus ticket.

Councillor Alan Kerr, Deputy Leader of South Tyneside Council with responsibility for Culture and Leisure, is looking forward to the event.

“I have seen The Vamps play live before they were just starting out and was very impressed, so now they are such big stars I am expecting a fantastic show,” he said.

“I also enjoyed watching the Cutkelvins on X Factor last year and was disappointed when they didn’t make the final, so it will be great to see them again. I think this is going to be a wonderful show which should appeal to all age groups.”

This year’s Sunday Concert series is supported by BBC Newcastle 95.4FM and sponsored by Port of Tyne and Colmans Seafood Temple.